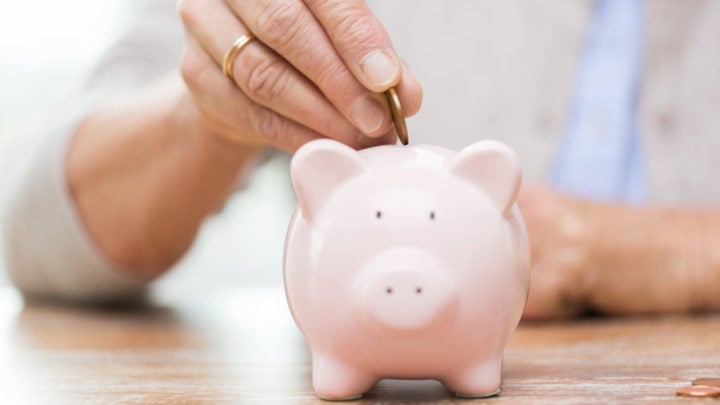 The Association of Superannuation Fund of Australia says retirees will need to spend more to live comfortably in retirement as cost of living soars. Source: Getty

Retirees will have to reign in their spending if they want to live comfortably, with new data revealing yet another increase in cost of living for Australians.

The Retirement Standard, which calculates how much you’ll need to live on once you stop working, has continued to soar as food, housing costs and fuel feel the effects of the ongoing drought across the country.

According to the latest calculations from the Association of Superannuation Fund of Australia (ASFA) for the September to December quarter, there has been an increase in the budget for retired couples and singles by 0.8 per cent.

The ongoing drought has been to blame for the latest price hike, with a 6.8 per cent rise in fruit prices over the three-month period, and a 2.9 per cent rise for beef and veal. Meanwhile, the prices of other fresh produce including grapes, melons, onions, potatoes, eggs, rice and prawns have also increased. Vegetable prices rose by 3.7 per cent and eggs by 5.2 per cent, while the price of milk went up 6.4 per cent and cheese by 5.7 per cent.

“Cost increases for retirees have exceeded those for the general population and we’ve also seen an acceleration in the rate of increase in retirement expenses,” ASFA Chief Executive Officer Dr Martin Fahy said.

“The drought has impacted on prices paid by retirees for food and there also have been other significant price increases. While the recent rains are very welcome, meat prices are likely to increase even further as farmers hold back their breeding stock from the market.”

But a trip to the supermarket isn’t the only thing that will eat away at retirees’ pockets, with homeownership costs also rising in the past few months. Home maintenance costs have increased by 2.7 per cent, water and sewerage charges by 2.9 per cent and property rates by 2.5 per cent.

Renters have experienced some relief, with a rise in prices of just 0.2 per cent on average over the year. However, ASFA did note that renters have much higher housing costs in retirement than homeowners. Meanwhile, the costs of fuel were also up by 2.9 per cent over the year.

However, it may not be the current retirees who have the most to worry about. A previous survey also conducted by ASFA, revealed that almost half of Gen Xers – those aged between 39 and 53 – intend to spend more than the retirement standards outlined by ASFA.

The findings also revealed that an overall majority of Aussies share a common concern about the adequacy of the Age Pension. Just 5.3 per cent of survey respondents from Generation Y (those aged 38 and below) believe the Age Pension alone will meet their needs in retirement compared to 5 per cent of Generation X.

However, for older Australians who may be nearing retirement or have already bid farewell to their careers, the full pension amount was slightly more sufficient, with 10.9 per cent of Pre-Boomers (aged 74 and above) admitting the “Age Pension alone would be sufficient”, along with 6.5 per cent of Baby Boomers.

How do you manage your money in retirement? Have you struggled with the increase in cost of living?