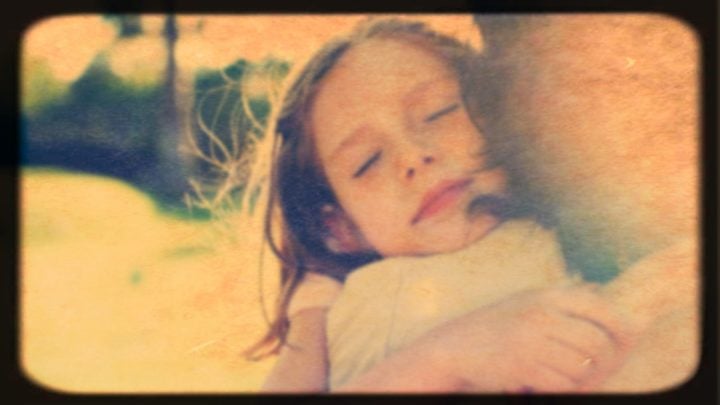 From granddaughter, to mother and now a grandmother herself, Debra thinks about the many facets of motherhood. Source: Stock Photo/Getty Images

Our family has a beautiful antique cane bassinet that has been passed down through the maternal line. I believe my grandmother had it originally in the 1920s, but of course there is no existing photo.

Each time it was passed on, it underwent a refurbishment of both paint and linen.

The heritage is wonderful, but gee it’s a bugger of a thing to drag around the countryside when moving house!

When I was a teenager in the 1970s I recall Mum yelling at me: “You are not leaving this house without a bra on!” In my grandmother’s day, showing more than a nice ankle would have seen her locked in her bedroom!

As my daughter has sons, this will never be an issue for her. She however, is doing something my mother never did — the boys aged 11 and nine have been taught to help with domestic drudgery like packing/unpacking the dishwasher, making their beds, putting on a load in the washing machine and cooking simple meals. I can’t for the life of me ever picture Mum instructing my brother on anything domestic; that was ‘girl’s work’.

Our little girl evolved into what my mother called a ‘tomboy’. She eschewed dresses for jeans and a t-shirt, climbed trees, fell into dams, picked up every stray animal to bring home, and bitterly resented having to wear a party dress on her birthday. She has turned out to be an earth mother happily living on country acreage with horses and chooks and I have no idea where this comes from, certainly not me or her father.

We are beach lovers, somewhat akin to my mum and dad who couldn’t wait to retire to the Bellarine Peninsula’s Anglesea. Mum’s mum, Jessie, however, was a city girl. With ill humour she suffered her daughter’s craving for sea and sand. It was hat, gloves and handbags in Collins Street do you mind. And Mum minded big time.

Nana ruled with an unstinting belief that one must ‘go into town’. Regularly. To shop, and to display manners at a ‘proper afternoon tea in a cafeteria’. She forced my mum into high heels, a hat and gloves to undertake the long walk up our dirt road to the tram stop, alight the number 59 to Elizabeth Street, and thenceforth ‘go into town’.

As teenagers, my brother and I wore white jeans, Indian leather sandals and black t-shirts to hop on the number 59 tram to ‘go into town’. We didn’t do the cafeteria bit because our must-visit shop was the big record store, Brashs, followed by the best clothing shops in Melbourne, The In Shop and the House of Merrivale and Mr John.

In my grandmother’s day, being strict was the accepted norm. In the swinging ’60s, it was the opposite for Mum who worked part-time so we kids ran free all day on school holidays.

In the ’80s when I became a mother, I’d like to think I was a blend of both — strict in some areas but giving our daughter a reasonable amount of freedom as living beachside on the Mornington Peninsula provided an environment in which she and her friends flourished.

Now that she’s a mum, she’s very strict, which I find quite odd and it’s me who gets into trouble when they visit! But she has a huge love for her boys and her heart glows as she relishes motherhood. That almost brings tears to my eyes as my love for her is immense. I’m so proud of her and her achievements through the many tough times we’ve had.

I used to clash a lot with my mum but as she aged, we became closer. I think she could finally recognise that I grew up A-okay and that comforted her; plus, she loved having a granddaughter.

In the last years of her life she relied on me more and more as a friend. We phoned almost daily, visited weekly, spent long weekends with them at the beach and basically had a wonderfully rich and fulfilling time just enjoying family life.

Of course it was too short. My mother passed away in 1990, aged 64. Although that is 30 years ago, she still shines bright for me. I sometimes catch myself talking to her even to this day and gaze out at sea where both Mum and Dad’s ashes are scattered wondering what she would think about this or that, and how her beloved granddaughter is now a 40-year-old mother with slightly greying hair!

So it comes with Mother’s Day that once again my love goes winging out to the wonderful mothers that came before me, the ones that are battling in our currently dystopian world, and the ones to follow. They will follow … because while there is a world, there will always be a nurturing mother somewhere who may read their child’s scrawl on a homemade Mother’s Day card “luv you Mum”.

What memories of your grandmother, mother, wife or daughter stand out for you?