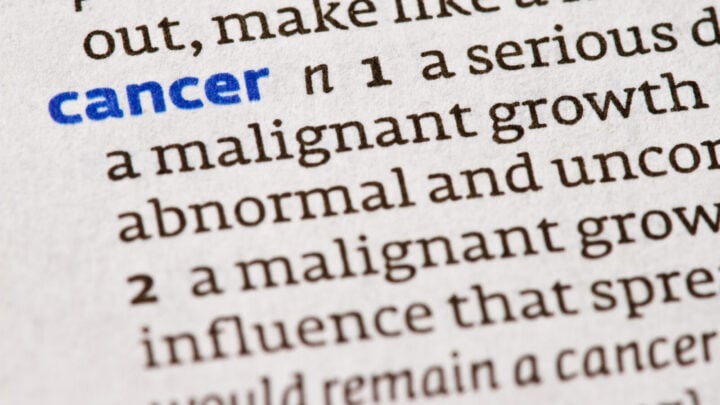 Cancer is a dreadful disease. Below is my experience, written on February 8th, 2022.

About six weeks ago I began to experience pain in my lower gum. It travelled up the side of my face and into my ear.  A week later, the pain was intensifying so I went to see my GP.  He found I had an inflamed ear canal and oral thrush in my mouth, (caused by daily use of Chronic Obstructive Pulmonary Disease,  or COPD medication) so he prescribed antibiotic drops for my ear, and lozenges for my mouth.  I thought that would fix it, but it didn’t.

So, I brought forward my scheduled dental appointment, and the dentist noted I had a couple of small ulcers but didn’t think they were the cause of my pain. I was referred to an oral medicine specialist.  I rang for an appointment but was told that they didn’t accept a government dental referral.  So, I went back to the Oral Health Dental Clinic.  I saw a different dentist, and she was immediately concerned about what she saw.  Concerned enough to send an urgent referral to the Ear Nose and Throat/Head and Neck Oncology department of a major Brisbane hospital, whilst I was there at the dentist.  That was the 19th of January.

A week had elapsed and I hadn’t heard from the hospital so I telephoned.  I was told that the referral was still ‘pending’. waiting to be actioned.  I was rather annoyed given that I’ve had cancer three times since 2002.  In truth, the only reason I am still on this mortal coil is because all three previous cancers were detected early and treated similarly.

The last week of January, I had confirmation that the referral was with the department, awaiting scheduling of an appointment.  More time elapsed but no appointment.  I asked my GP to intervene and I was given an appointment – for the 18th of February!  That was a month after the urgent referral was sent.  I telephoned the hospital, pointing out that they were playing with my life; this was an URGENT referral; my medical history should have prompted a rapid response, and not the ineptitude of the hospital’s administration.  I was angry!  So many phone calls had been made, by me, the referring dentist and my doctor, over the previous three weeks and it shouldn’t have been necessary.

Then, late last week, in the first week of February, I received a phone call from a resident doctor within the ENT department, advising me that my appointment had been brought forward to today, the 8th of February.  Unbeknown to me, the referring dentist had followed up on the referral, as she had not been notified of an appointment for me, and she was extremely concerned.  The resident and I talked at length.  She explained what would happen.  I was to have a biopsy (tissue was to be shaved from the lesion on my tongue); tissue was to be sent to pathology; I would have to have a CT scan or an MRI, following which the results would be assessed and treatment determined.

What an uncomfortable, and as anticipated, and painful morning that was. “Boris” (my mobility scooter) was playing up, to begin with, so I had to elicit assistance from others to push me. Then, I had a R.A.T. administered; the doctor ploughed a needle three times into my mouth; scraped my tongue; then put a camera up my nose to take pictures of my throat and, now I have to have a CT scan prior to my appointment next Tuesday. I’ve booked that for Friday, February 11 at 2.00om. A close friend will take me. It’s most certainly cancer on my tongue, possibly in my throat too, and I will have to undergo surgery. What a bummer! Unless pathology comes up with a different diagnosis, I think the road ahead is going to be a rocky one.

I should mention that the doctor who examined me was one of the surgical team who will be operating on me.  His name was Jean-Michel, a very attractive, thirty-something, French man who spoke with that seductive French accent that only French men have.  After he’d finished, I asked him to slip his mask down so that I could see his face.  He was reluctant to do so as it was against hospital regulations.  I said to him “I won’t tell if you won’t”.  He was definitely model material!  I told the attending Resident, Estelle, of my opinion. She laughed, and told him later.  He was chuffed, she said.

Estelle has been so helpful, considerate and kind.  She has kept me informed every step of the way since we first spoke last week.

This example is one of many experiences I’ve had when dealing with a public hospital.  I have no complaints about the quality of treatment and care I’ve received, but dealing with the administration has always been abysymal!

Similarly, it’s the same regardless of what government affiliated agency one has to deal with.  Centrelink is at the top of my list, not to mention NDIS, the Rental Affordability Assistance Scheme…..  Every pie the Government has its finger in crumbles, and it’s tiring, frustrating and stressful. The necessity of having to rely on such agencies for my income, health care, dental care, everything – it is wearing me down.  I know I’m not alone though as I’m sure many of you are in a similar situation.

Yes, we are fortunate in Australia that we do have a Public Hospital system and affordable health and dental care BUT it needn’t be a mediocre one, that is viewed in that way because of poor administration.

I have worked in senior administrative and customer service positions all of my working life.  If I had carried out my job in a private, commercial business in such a way, my clients and customers would have taken their business elsewhere.

P.S. Since writing this piece, Estelle from the hospital has telephoned.

I have been diagnosed with a squamous cell carcinoma of the tongue, so far.  The CT scan will identify if I have cancer also in my throat.  Surgery will occur either by the end of February or early March.  There you have it.

Follow-up treatment:  Chemotherapy, Radiation or both.

That’s it in a nutshell. That’s the C word.