‘I’m feeling ripped off by a tradie. Help please!’ 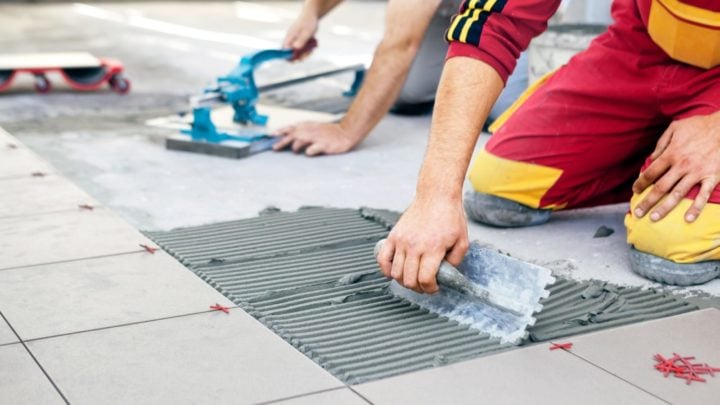 Barbara says she's feeling like 'another old lady ripped off' after her encounter with the grouter and his son. Source: Getty Images

What’s the go with workmen who want cash for their labour these days? I recently had my shower screen fixed and the guy doing it referred someone he knew was reliable to come and re-grout my shower. I’d already had one bloke not show up, so a recommendation seemed like a good thing … He turned up to give a quote on time. Winning!

“It’ll take two days probably. Me and son can start on Monday and be back on Tuesday to finish off. That’ll be $1,600.”

A few gasps from me and a bit of mental arithmetic and okay, two days sounded all right for the money. I supposed tradespeople get about $500 a day. The gas man charged $250 just to walk through the front door! Just breathing at my dentist’s was astoundingly expensive, but then who wants to look in people’s mouths all day? Not me.

But back to the grouter. A bird in the hand, etc.

“I’ll write you out a cash receipt,” he said.

“So you want cash?” I said. The whole thing sounded serious and GST free!

The big day came, so I emptied the bathroom in honour of the dust. He arrived on time, complaining about his son who was supposed to help and did finally show up … Three hours went by. No, they didn’t want a cup of tea, but where was the closest coffee shop? Off they went. I gave them the spare key, just in case I needed to leave before they returned.

Well, I thought, that’s difficult. I don’t have spare money lying around the house, so I’d have to leave and go to the bank. I said I didn’t think I could do that. I didn’t say yes and I didn’t say no, but left for a prior engagement, which happened to be coffee with friends.

I gulped down my coffee and suggested to my friends that they come back to my place nearby so I didn’t have to worry about the workmen in my house. Strangely enough, when I introduced my friend George from work to the grouter, the atmosphere changed. There was no more mention of an extra $200. He declared they’d finished the job.

“Don’t use the shower till Saturday so everything dries out,” and he quickly left after he’d adjusted the receipt to $1,600! Amazing. He must have assumed I’d come up with the extra money.

That was roughly six hours work, a bit less for the late son and included their trip for the coffee. No GST paid. No coming back the next day. Another old lady left feeling ripped off!

Now I think I understand why Greece is in such a mess. Apparently it’s considered bad form to pay tax in Greece and the workman was of Greek descent.

What should I have done?

Have you ever felt you've been taken advantage of? What advice do you have for this writer?