‘Losing my soulmate has been unbearably painful’ 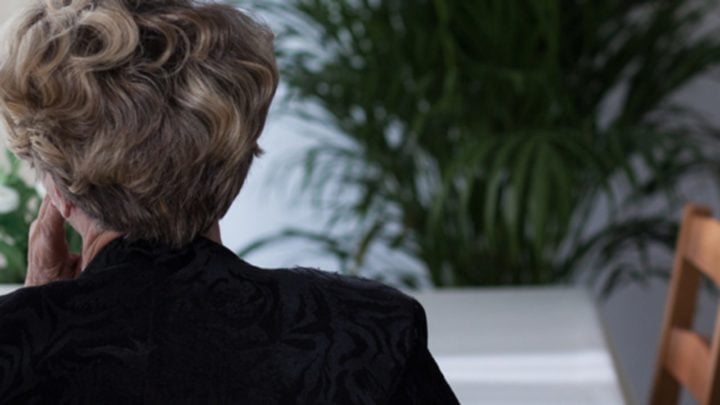 Mary shares the story of how shes managing her grief after her husband died recently. Photograph posed by model) Source: Shutterstock

One month ago my world was turned upside down. In a matter of six hours I lost the love of my life, my high school sweetheart, husband of 42 years and father to my three children. The feeling and emotions of the last month and the decisions to be made have consumed my every waking hour. The advice from others, who are trying to be kind and help, don’t really understand everything I am doing and why.

My decisions are made and based on the facts and information I have and what our plans were before my husband Bob’s massive stroke. It was his first and only stroke and there was no warning he was even going to have one. Or maybe the signs were there and I missed them. Hindsight is a maybe…

The night before his stroke, Bob had a fall. I assumed he’d tripped over my purse strap. Trying to get up he fell a second time and hit his head, which woke up our son. Bob told both of us he was fine, he took a shower and we went to bed as normal. His one comment was: “That was really strange when I tried to stand, my legs felt weak”. I asked him if he was certain he was okay. He kissed me and assured me he was.

The following morning at 5:30am we woke and I asked if he was sore from the fall and how he felt. He said he felt fine, except his head hurt where he bumped it. He left for work at 6am and I followed at my usual time at 8am. At 11:15am, I got a call that he had fallen again at work and could not get up. They were taking him by ambulance to the hospital. I was able to talk to him on the phone, he sounded fine. I arrived at the hospital 15 minutes behind him and the doctor informed me Bob was having a major stroke. He needed to be flown to a larger hospital.

Bob knew me, his full name and birth date. He gave me his usual ‘I love you’ wink, he talked to our son but he had lost all feeling on the left side. It got to the point where my voice was the only one he responded to. He was life-flighted while my son and I drove 1.5 hours to the hospital. His flight was 45 minutes. I got there just in time to hear them call ‘Code Blue’ to his room. It was a total of six hours over which these events took place and just 30 minutes later they told me my husband had died, that they could not save him.

My first decision was regarding an autopsy. Initially, I said yes, I needed to know, but then I wasn’t sure I could do it. I asked my son and we called my daughters. My daughter Lori helped make the decision and I signed the papers to proceed. I was asked if Bob was an organ donor (he was) and I was asked to sign release papers for his body. My husband had just died five minutes ago and I was making major decisions like this when all I wanted to do was be near him, see him and hold him.

There were phone calls to be made to other family members, including Bob’s brother. While waiting for him to arrive at the hospital I finally got to spend precious time with my husband. My son couldn’t bring himself to see his father. The only place I felt peace and where I could think clearly and cry openly was in the room with Bob.

When my brother-in-law arrived, he spent at least 30 minutes alone with his brother. I was relieved when he took care of the arrangements for how to get Bob back home or even which mortuary to use.

My sister wanted me to stay with her but I wanted to be at home.  My son said he couldn’t drive home but he didn’t want me alone. They finally agreed to bring me home and he would stay in Portland, Oregon, to collect his sisters from the airport the next day. I tried to sleep and my mind raced with everything from ‘how will I survive on my income?’, ‘who do I need to call?’, ‘how much was in the 401K?’. So I wrote a list.

With my children, we decided on a burial and service arrangements. I took them with me to see a financial advisor and set a plan in place that I was happy with. Unfortunately, one of my daughter’s and her boyfriend borrowed my car and damaged it. Now, my older daughter and son are angry with her. My three children are fighting and I feel I’m in the middle. If I say anything it appears I am defending one child over the others. When I finally sit down with my daughter and talk it through, she is not angry at her siblings but at herself. She regrets not coming home for Thanksgiving and Christmas, but the cost of the flight was too expensive. She booked to come home at the end of February instead.

I kept hearing that I shouldn’t make major decision or changes for the first year. I made big changes in the first two weeks. My daughters found the list of ‘honey dos’ (a repair list) that Bob and I had put together that had never got done and set about doing them. My bathroom was upgraded, new furniture was put in the living room, I also dyed my hair with purple streaks and, although Bob always said ‘no’ to getting a puppy, I am allowing my son to have one. If it helps him grieve and heal, so be it.

The tears still flow, the ache is still there. More changes will come. I returned to work after being off for just two weeks.

I don’t know where 2019 will take me. I’m not sure if the speed at which I moved following Bob’s death was good or bad, but I felt better for it. I still haven’t gone through his things but I have removed his shirts from the closet. I have cried every morning and evening and every time I enter his closet. There are some things I’ve kept for our son to go through when he is ready. I sleep in my husband’s shirts and what I don’t send to charity I will use to make a ‘memory quilt’ for myself and the children.

I’ve found writing about this experience has also helped me in my grief and I hope to share more of my journey. Perhaps it could help someone else going through a similar thing.

Have you lost your spouse? How are you handling your grief?