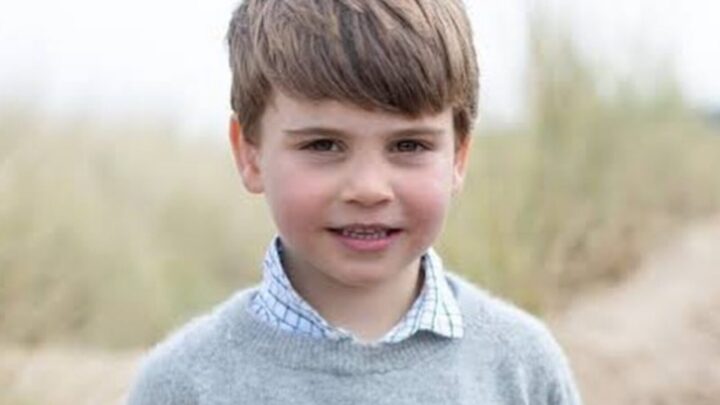 While mourners pay their respects outside Windsor Castle, Catherine, Princess of Wales, revealed to members of the public the bitter-sweet comment her youngest son, Prince Louis, made following the loss of Queen Elizabeth II.

One mourner, Banita Ranow, told the Daily Mail she heard Kate tell a group of young children, “Louis said at least Grannie is with great grandpa now” and was “welling up” as she spoke.

Kate was accompanied by her husband, Prince William, Prince Harry and his wife Meghan Markle. Their reunion marked the first time the foursome had been seen publicly together since the reported tension between the brothers and the Sussexes’ royal exit.

I hope it was great to see us 4 back together, reunited and supporting each other during a very difficult time in our family, hope we made Grandma proud. #QueenElizabeth #QueenElizabethII #KingCharlesIII pic.twitter.com/aZCO2l6JRO

While Harry and Meghan remained reserved, having William and Kate take the lead, the couple still greeted well-wishers and observed the flowers and gifts offered.

As William spoke with the crowd he was overheard telling one well-wisher that the Queen’s passing has felt “so surreal”.

“We all thought she was invincible,” he said.

Prince Harry told the crowd that the Queen was a “great granny”.

“No matter what room of the castle you are in, you can feel her presence,” he said.

“I felt so emotional and I felt the queen would have loved it,” said Banita’s mother, Baljinder Ranow, “I just hope in the future they remain like that and that the brothers come together, and the families.”

The fact that Prince William and Kate invited Harry and Meghan to the walkabout says an awful lot.

The Sussexes accepted it so clearly they wanted to join them, The Prince and Princess of Wales are being the bigger people and extending an olive branch.

Their appearances came after William issued his first public statement as the newly named Prince of Wales, where he expressed his grief over the loss but that he also felt “incredibly grateful” for his time with the Queen.

“I have had the benefit of The Queen’s wisdom and reassurance into my fifth decade. My wife has had twenty years of her guidance and support. My three children have got to spend holidays with her and create memories that will last their whole lives,” he said.

“She was by my side at my happiest moments. And she was by my side during the saddest days of my life. I knew this day would come, but it will be sometime before the reality of life without Grannie will truly feel real.”

Queen Elizabeth’s 70-year reign came to an end on Thursday, September 8, following a series of health and mobility issues.