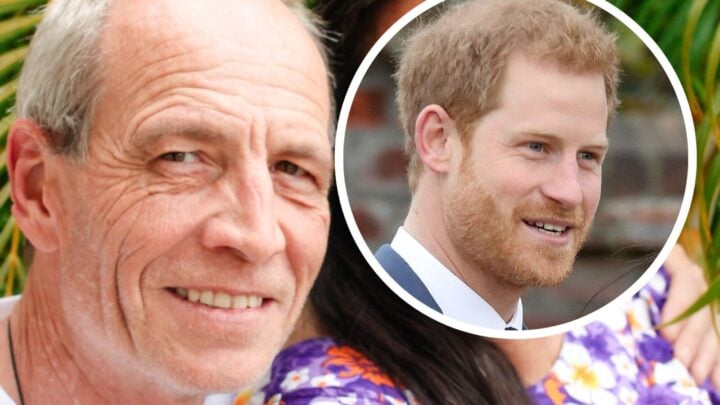 Simon Dorante-Day, the alleged “love child” of King Charles III and Queen Consort Camilla has opened up about wanting to build his relationship with fellow royal “black sheep” Prince Harry.

According to the 56-year-old Queensland grandfather, he and Harry have an “awful lot in common” and believes he and the Duke of Sussex would “see eye-to-eye the most”.

“We are both the black sheep of the royal family, I would say we have that bond,” Dorante-Day told 7News.

“And I believe Harry would be receptive to my plight. He got f***ed over by his dad, he has a bone to pick with Charles. Just like I do.”

Dorante-Day says the treatment of his “half brother” and Meghan Markle by members of The Firm has “disgusted” him and understands experiencing hard times with the royal family.

“A lot of the criticism they are copping is blatantly unfair.

“Seeing the treatment of him, just my general opinion with complete neutrality, is disgusting. William and Kate can do no wrong, but Harry and Meghan apparently do everything wrong. They can’t buy a break.”

Dorante-Day’s comments come just a day after Queen Elizabeth II’s state funeral, a ceremony that the alleged grandson admitted to not watching.

“If they had said come over for funeral, we would’ve said no because it’s her day,” he said.

“It makes me sad that she’s gone. The whole weekend was just a tidal wave. So tired, too emotional, too painful on too many levels.”

Prior to the Queen’s passing, Dorante-Day had written to Her Majesty pleading for her help as he sought legal rights to a DNA test from Charles and Camilla.

Now with the Queen gone, the Queenslander is even more determined to double down on his high-profile paternity case.

He has already been in discussion with legal experts to determine the logistics of taking action against the newly named King.

“A lot of people were concerned that when Charles rose to be monarch that it would damage my case. But it’s not going to make any difference legally, it’s still pressing ahead the same way,” he said.

Although Charles and Camilla have never commented on Dorante-Day’s claim, he continues to stand strong in his belief that he was conceived in 1965 when the now-married couple were first rumoured to have been involved with another, and then was later adopted by a family in Portsmouth, England, who are believed to be connected to the Queen.

Dorante-Day also believes the eerie Nostradamus royal prediction which claims King Charles III will have a short reign and “a man will replace him who never expected to be king”.