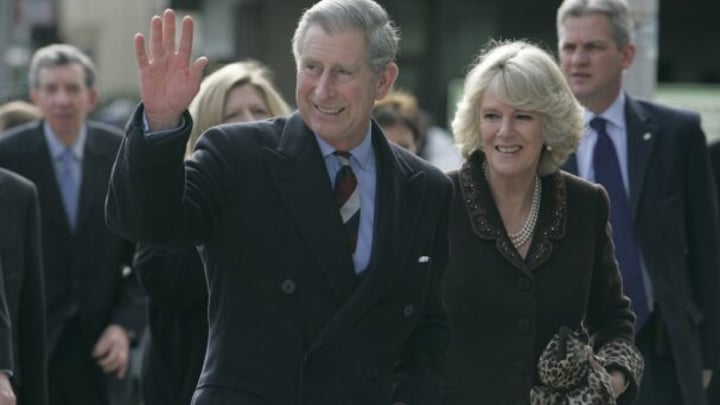 Simon Dorante-Day, the Queensland man who is convinced he is Camilla and Prince Charles’s “Aussie son” has written to the Queen, pleading for her help as he seeks answers in his high-profile paternity case.

Dorante-Day, 55, is currently seeking the legal right to a DNA test from the Prince of Wales and Duchess of Cornwall – the latest move in his lengthy legal battle to trace his true parentage.

After numerous “attacks” from internet “trolls,” the determined grandfather decided to write to Charles’s mother, Queen Elizabeth, for help.

In the open letter,  which he has just made public as he prepares for his Australian court case, Dorante-Day says he believes Her Royal Highness knows “the truth.”

He also writes about the hardships he and his family have endured over the years, including constant racist messages and emails sent to both himself and his wife, Dr Elvianna Dorante-Day, an Aboriginal woman.

” I have filed many complained to Facebook and authorities on the racist attacks, they are disgusting,” Dorante-Day told 7News this week.

Dorante-Day expresses that “enough is enough” and feels that now is the time for Her Majesty to “step in.”

Prince Charles and Camilla have never responded to Dorante-Day’s claims but Dorante-Day insists he was conceived in 1965 when the now-married couple was first linked to one another,  according to an earlier report by 7News in August 2020. He says he was then later adopted by a family in Portsmouth, England, with ties to the Queen.

“My grandmother, who had worked for the Queen, told me outright that I was Camilla and Charles’ son many times,” Dorante-Day claims.

He says his adoptive mother also told him the truth about his natural parents, alleging that they were Prince Charles and Camilla.

“At the end of the day, it won’t be my karma however, it will certainly affect what you leave behind,” he wrote in his letter to the Queen.

Dorante-Day ends his royal plea by saying that he hopes she makes “the right decision regarding our current position”.

Dorante-Day first gained worldwide notoriety in 2004 when he released an array of photos that showed remarkable physical comparisons between himself and members of the royal family.

These images caused bewilderment from many royal watchers, and has also given Dorante-Day a torrent of widespread support from many Facebook users.

“This is unbelievable. You definitely look like Andrew,” one writes.

Another adds:” Wow you look like Andrew. I had to look three times.”

One user says: “My heart aches for you and your family, Simon. I truly wonder how Camilla can stand her first born to be treated in this fashion.”

While there are a number of comparison images being posted, Dorante-Day wants people to know that his belief that Charles and Camilla are his parents is not solely based on their uncanny physical resemblance.

“I have a lot of research that backs up my claims, a lot of evidence. And I want people to remember that my case has spent a long time in the courts, trying to find a resolution, and my legal battles are still continuing,” Dorante-Day told 7News.

Before writing to the Queen, Dorante-Day also penned an official letter to Charles and Camilla in 2012, which has allegedly gone unanswered, and in which he wrote:

“I have been in search of the identity of my natural parents for as long as I can remember. This combination of historical research, remembered events and statements, investigation and approaching Government resources continually points in one direction; that of yourselves.”

Dorante-Day told 7News in another of their regular reports into the intriguing “Royal Love Child” case (in June 2021), that he had spent three years in the courts battling to have Prince Charles and Camilla submit to a DNA test.

“This is a lengthy legal process and one I’m not giving up. I have taken my case to the Australian High Court, but they referred it back to the Family Court – and that will happen again in the next few months.”

“I’m also seeking legal representation in the UK to take my fight abroad as well.”

Do you think it's time for The Queen to "step in" and set the record straight?