Queen’s heartwarming speech draws praise in trying year for all 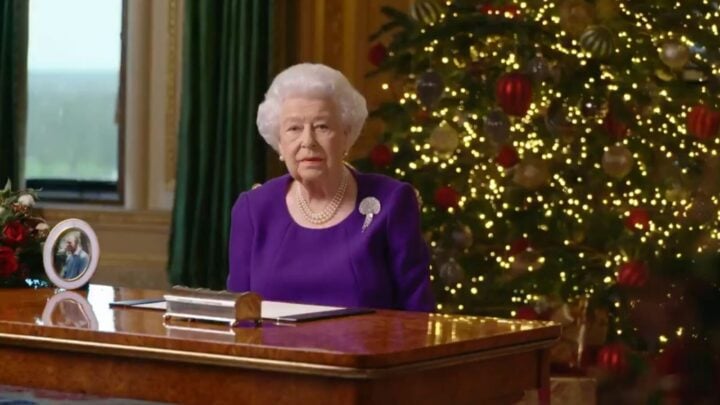 The annual address focussed on the struggle that was 2020. Source: Instagram/The Royal Family.

Every year millions of viewers tune in to watch Her Majesty Queen Elizabeth II deliver a speech that directly tackles the issues that have arisen throughout the year. But with 2020 being one of the more universally challenging years the world has faced, the Queen offered up her words of wisdom that were met with praise from viewers worldwide.

In her heartfelt annual Christmas speech, the Queen acknowledged the highs and lows of the year that was and reminded those who struggled in 2020 that they were not alone.

“Of course, for many, this time of year will be tinged with sadness: some mourning the loss of those dear to them, and others missing friends and family-members distanced for safety, when all they’d really want for Christmas is a simple hug or a squeeze of the hand. If you are among them, you are not alone, and let me assure you of my thoughts and prayers.”

Her kind speech was met with praise from viewers who said the monarch successfully captured the toughness of the year. Royal fans took to Twitter to respond to the video and shared their well wishes with the royal family.

One commenter wrote: “A simple message of hope and love. A moving description of the loneliness so many of us feel, at this difficult time. I remain immensely proud to say that Her Majesty Queen Elizabeth the Second is our Head of State. Long may she reign over us.”

While another said: “I’ve been reflecting on the #QueensSpeech for a few hours now, and I can honestly say that was a most uplifting, in touch, faith-filled, hopeful and genuinely Christian message. Thank you Ma’am. The light shines in the darkness, and the darkness cannot overcome it!”

And while the Queen acknowledged the toughness of the year for those around her, 2020 also proved fairly challenging for the royal family themselves. Amid her own self-isolation journey, her son Prince Charles contracted Covid-19 in April with Prince William later admitting he was also secretly battling the virus at the same time.

The Queen donned a stunning purple top paired with her signature brooch and pearl necklace during her address. And in a sweet gesture, she sat next to a small framed photo of her husband Prince Philip who retired from royal duties in 2017.

In the lead up to the public address, the royal family posted a collage of photos to their official Instagram page of the Queen during her Christmas speeches throughout the decades. The post showed a series of six photos from the Queen as a young woman all the way up to her more recent years with the caption recalling the long history of the tradition.

“Tomorrow will be The Queen’s annual Christmas Message and televised Christmas broadcast; a Christmas Day tradition Her Majesty carried on from her father, King George VI and her grandfather George V before him,” the caption read.

Under the photo, commenters shared their support for the monarch with one writing: “Every year her smile has gotten brighter.”

While another said: “She’s amazing and her words tomorrow will bring comfort and hope to many who find themselves unexpectedly alone on Christmas Day x.”

Do you look forward to the Queen's speech every year? Did you like this year's address?