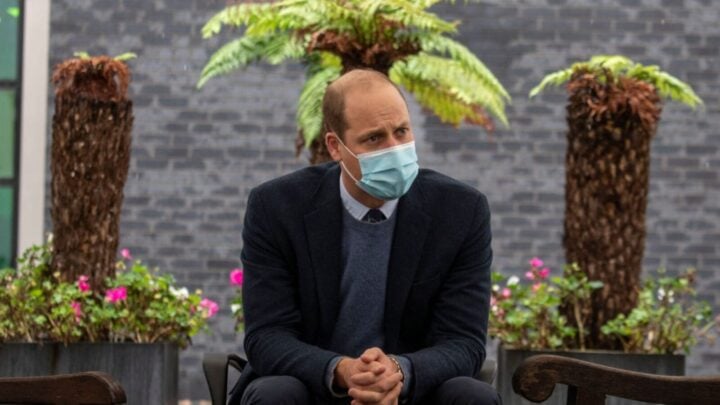 The Duke reportedly didn't want to worry anyone during an already difficult time. Source: Getty.

The Duke of Cambridge reportedly tested positive for coronavirus back in April this year but kept it a secret as not to alarm the nation. According to The Sun a source revealed that Prince William was “struggling to breathe” at one point but still remained tight-lipped on his diagnosis.

He reportedly contracted Covid-19 just days after both his own father Prince Charles and the United Kingdom Prime Minister Boris Johnson had publicly announced they had the virus. William, 38, is said to have told an observer at an event that “there were important things going on” and he didn’t want to worry anyone.

Despite the diagnosis, the second in line to the throne continued to prioritise the nation by completing 14 telephone and video call engagements and taking just a seven day break from royal duties over the month of April when he tested positive. He was then treated by palace doctors and isolated at his family home Anmer Hall in Norfolk.

A source told The Sun that the Duke was hit pretty hard with the virus saying it really “knocked him for six”. The source added that at one point he was struggling to breathe which only caused panic throughout his inner circle.

“After seeing medics and testing positive – which was obviously quite a shock given how fit and healthy he is – William was determined it should be business as usual though,” a source told The Sun. “He was determined to fulfil his engagements.”

Following the revelation that both the Prime Minister and his own father, who’s first in line to the throne, had the virus, William was reportedly concerned that informing the country about his own positive test would only send everyone into panic mode.

“The Queen delivered her ‘We Will Meet Again’ address, and he just didn’t want to worry people,” the source said. “He felt there were more important things going on in the country. But as a result of his own experiences, he realises absolutely anyone can catch this awful disease – and knows how imperative it is that we all take this second lockdown seriously.”

Prince Charles tested positive for the virus at the end of March while the Duchess of Cornwall was cleared for Covid-19 at the same time. The couple, who are both in their 70s, were self-isolating in Scotland together with Prince Charles still completing his royal duties despite battling the virus.

Are you surprised by this? Do you like the royal family?