Queen Elizabeth II requested funeral be full of ‘glory’ and not a ‘long, boring service’ 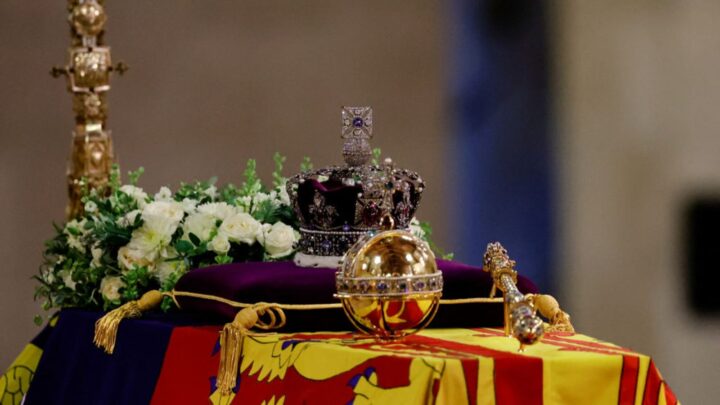 The Queen's funeral will be anything but boring, according to a former Archbishop. Source: Getty

Years prior to her death Queen Elizabeth II already knew what kind of funeral she wanted, specifically asking for it to not be a “long, boring service.”

According to John Sentamu, the former Archbishop of York, the Monarch’s funeral had been planned for years, having first seen the planned arrangements back in 2005 when he became a privy councillor.

Although those plans may have been updated throughout the years, Sentamu was adamant that “the queen did not like what she called long, boring services.”

“You’re not going to find boredom, but you’re going to be lifted to glory as you hear the service,” Sentamu said during his appearance on BBC’s Sunday with Laura Kuenssberg.

“The hearts and people’s cockles will be warmed and at the same time, there will be a moment of saying this is a funeral service that is glorious in its setting.”

Sentamu went on to describe what viewers can expect from Her Majesty’s funeral.

“What you’re going to expect is the best of 1662 funeral service, prayer book service – the words were actually an inspiration to Shakespeare,” he said.

It is understood that while the hour-long service will incorporate many traditional Anglican funeral hallmarks representatives from Jewish, Muslim, Sikh, Hindu, Zoroastrian, Buddhist, Jain and the Bahá’í communities will be joining in Her Majesty’s procession.

According to Hello, Her Majesty’s service will be conducted by David Hoyle, the Dean of Westminster, with Prime Minister Liz Truss and Patricia Scotland, the secretary-general of the Commonwealth, doing the readings.

At the end of the service, two minutes of silence will follow before the UK’s national anthem. After the service, the coffin will then travel in procession from Westminster Abbey to Wellington Arch before reaching its final destination, Windsor Castle.

Once at the castle, a committal service led by the Dean of Windsor will take place at St George’s Chapel where only members of the congregation, the royal family, and a few of the Queen’s personal staff will be in attendance.

Following the service, the Queen’s family members will have their last chance to say goodbye before her the Queen will be buried next to her parents, sister and husband at the George VI Memorial Chapel.