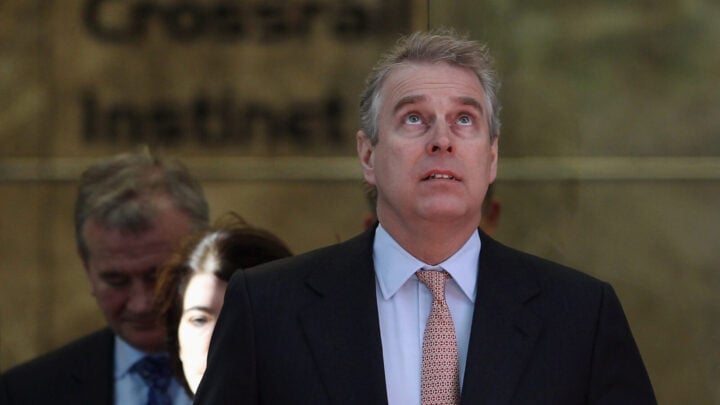 The Archbishop spoke of the importance of forgiveness in today's society and the opportunity for society to come together in "learning to be more open". Source: Getty

The Archbishop of Canterbury has come to the defence of Prince Andrew in a recent interview with ITV News where he claimed the Prince was seeking to “make amends” for indiscretions following his recently settled long standing court battle against sexual abuse allegations.

The Archbishop, the Most Revd Justin Welby, defended The Queen’s decision to have Prince Andrew support her down the aisle at Prince Phillip’s memorial, describing the appearance as perfectly “reasonable”.

“Someone of 96, at a big public occasion, is fully entitled to have one of her children supporting her, you know, that seems a very reasonable thing,” Welby said.

The Archbishop spoke of the importance of forgiveness in today’s society and the opportunity for society to come together in “learning to be more open”.

“Forgiveness really does matter. I think we have become a very, very unforgiving society,” he said.

“There’s a difference between consequences and forgiveness.

“I think for all of us, one of the ways we celebrate when we come together is in learning to be a more open and forgiving society. Now, with Prince Andrew, that is a particular case, and I think we all have to step back a bit and wait to see what happens.”

The Archbishop went on to support Prince Andrew’s efforts to make amends for his past indiscretions.

“He’s seeking to make amends and I think that’s a very good thing,” he said.

“But you can’t tell people how to respond about this and the issues of the past, and the area of abuse, are so intensely personal and private for so many people, it’s not surprising there’s very deep feelings indeed.”

WATCH: From @JustinWelby’s @itvnews interview with @tombradby on Prince Andrew.
• should learn to be more open and forgiving society
• Andrew seeking to make amends
• we can’t tell people how to respond
• issues of past abuse intensely personal and private for so many people pic.twitter.com/28ewKbathK

In a touching nod to the Monarch, the Archbishop acknowledged the Queen’s unfaltering service to her country, and described the upcoming Platinum Jubilee celebrations as a “great thing” and something that he thinks will “lift people’s spirit”.

“She is probably the most trusted person in the country, and has been for many many years. It is something extraordinary to celebrate,” he said.

The Archbishop described Her Majesty’s consistency as a trusted leader of the throne as “golden thread that runs through 70 years”.

Although Prince Andrew appeared on the arm of the Queen during Prince Phillip’s memorial service and has been spotted more regularly in public since sexual abuse allegations emerged, the Queen recently banned Prince Andrew along with Prince Harry and Meghan Markle from appearing on the Buckingham Palace balcony during Her Majesty’s Platinum Jubilee celebration in a bombshell move.

The controversial royal members were expected to be in attendance for the traditional Trooping of the Colour ceremony but Buckingham Palace revealed the official guest list for the balcony appearance will be limited to working members of the Royal family only.

“After careful consideration, the Queen has decided this year’s traditional Trooping the Colour balcony appearance on Thursday 2nd June will be limited to Her Majesty and those members of the Royal Family who are currently undertaking official public duties on behalf of the Queen,” a Palace spokesperson said.