From the Palace to Stonehenge: The Platinum Jubilee in Pictures 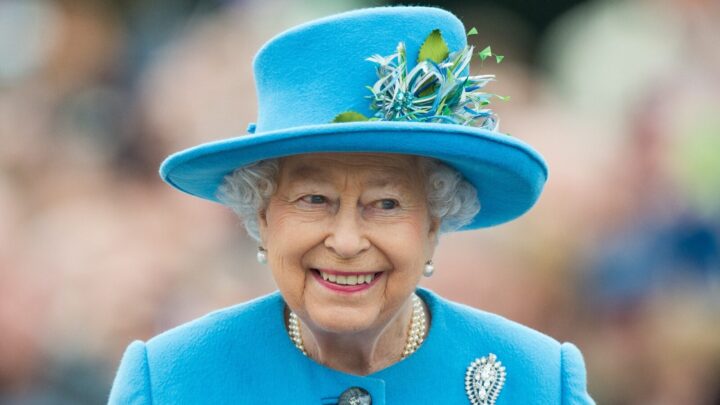 The Queen's 70 years on the throne make her the longest-ever serving British monarch. Source: Getty

It has been a whirlwind of four days full of events for the people of the United Kingdom as the nation came together to celebrate Queen Elizabeth II’s historical 70-year reign on the throne.

The 96-year-old is the longest-serving British monarch in history, after being proclaimed Queen on February 6, 1952, at the ripe age of 25, following the death of her father King George VI.

To celebrate her many decades’ worth of service a series of street parties, celebrations, and phenomenal tributes have taken place across the country as Brits join in on the merriment and exuberant spirit of the Platinum Jubilee.

The AU$48.5 million (£28 million) event did not hold back when it came to delivering one-of-a-kind tributes to the Queen for her Platinum Jubilee.

Starting off strong, the Queen’s 260-year-old golden carriage, which had taken her to her coronation in 1953, was once again brought to the streets and featured a hologram of the Queen waving to the crowd, making it seem as if the younger version of herself was inside.

The carriage was one of the main highlights of the three-kilometre parade that took place on the fourth and final day of the Jubilee weekend on Sunday, June 5.

Numerous iconic spots in the UK were also transformed into works of art with images of her Majesty projected onto many of Britain’s landmarks.

The Monarch’s famous residence, Buckingham Palace, became Britian’s largest screen as the entire front exterior displayed colourful photos of the Queen as well as projecting artwork backdrops for artists like Queen, Elton John and Rod Steward, who all performed at the Queen’s Platinum Jubilee concert.

Two hours away from Buckingham Palace, at one of the great Wonders of the World, Stonehenge put on a spellbinding homage to Her Majesty the Queen.

The ancient rock formation projected eight portraits of Queen Elizabeth II in celebration of the Platinum Jubilee. Each picture is from a different decade of The Queen’s reign, from the 1950s to the present day, illuminating the ancient monument’s iconic façade in a spectacular display.

While Buckingham Place hosted a star-studded concert, it was the UK’s surprise drone performance from Skymagic that stole the show on Saturday night with their aerial tribute to the Queen.

Skymagic’s drone show was an instant hit and received worldwide praise on social media, with commentators even claiming it was the best aerial spectacle they’d ever witnessed. While the production featured numerous British icons like a pair of bearskin-hatted palace guards, a signature Queen Elizabeth handbag, a postage stamp of the Queen, and a pot of tea pouring streams of light into a cup, it was the replica of the Queen’s corgis which illuminated the sky that won over live viewers and social media users alike.

Because a four-day celebration extravaganza can leave one quite famished, Prince Charles and his wife, Camilla, Duchess of Cornwall, made their way to The Oval in London to attend the Big Jubilee Lunch in honour of his mother, the Queen.

The Royal couple joined 70 guests to feast on a smorgasbord of Jubilee themed goodies and admired the six-metre felt artwork which recreated the party banquet- this artwork will later go on display at Buckingham Place this July.

Though the Queen had skipped a majority of the Jubilee events on Friday and Saturday after experiencing “discomfort” during the Trooping of Colour Parade on Thursday, June 2, the Monarch took to the Buckingham Palace balcony to deliver a surprise appearance on Sunday alongside three generations of her family- Prince Charles and his wife, Camilla, the Duchess of Cornwall, as well as Prince William and Catherine, the Duchess of Cambridge, and their three children.

Following the end of the four day festivities, the Queen issued a special message to those who had come far and wide to mark her milestone.

“When it comes to how to mark seventy years as your Queen, there is no guidebook to follow. It really is a first,” she said.

“While I may not have attended every event in person, my heart has been with you all; and I remain committed to serving you to the best of my ability, supported by my family.

“I have been inspired by the kindness, joy and kinship that has been so evident in recent days, and I hope this renewed sense of togetherness will be felt for many years to come.

“I thank you most sincerely for your good wishes and for the part you have all played in these happy celebrations.”

This special balcony appearance alongside the Queen’s heartfelt message to those who helped celebrate the milestone was a spectacular end to Her Majesty’s Platinum Jubilee celebrations.