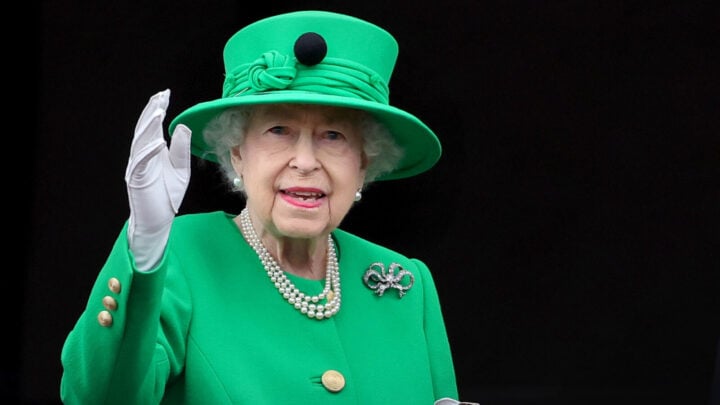 Her Majesty also made reference to her absence from several Platinum Jubilee events due to ongoing mobility issues. Source: Getty Images.

The Queen has revealed she is “humbled and deeply touched” by the number of people who celebrated her historic Platinum Jubilee.

The message of thanks follows her second appearance on the Buckingham Palace balcony on Sunday, June 5, to close out the four days of celebrations for her milestone 70-year reign.

In a statement to the nation, the Queen said she was “humbled and deeply touched that so many people have taken to the streets to celebrate my Platinum Jubilee”.

“When it comes to how to mark seventy years as your Queen, there is no guidebook to follow. It really is a first,” she said.

Her Majesty also acknowledged her absence from several Platinum Jubilee events due to ongoing mobility issues.

“While I may not have attended every event in person, my heart has been with you all; and I remain committed to serving you to the best of my ability, supported by my family,” she said.

“I have been inspired by the kindness, joy and kinship that has been so evident in recent days, and I hope this renewed sense of togetherness will be felt for many years to come.

“I thank you most sincerely for your good wishes and for the part you have all played in these happy celebrations.”

The Queen’s Platinum Jubilee celebrations kicked off when the Royal Family gathered together for the highly-anticipated annual Trooping of the Colour on June 2, 2022.

The Monarch beamed as she was pictured enjoying intimate moments alongside close family members on the famous Buckingham Palace balcony to watch the highly-anticipated annual fly-by. Her Majesty wore a gorgeous long-sleeve, baby blue dress, with stunning golden lace, embellishing the neck and running down the front trim of the dress.

Joining Her Majesty on the Palace balcony were the Duke and Duchess of Cambridge and their three young children, George, Charlotte and Louis, the Prince of Wales and the Duchess of Cornwall, Princess Anne and husband Sir Timothy Laurence, the Earl and Countess of Wessex along with their children, Lady Louise and Viscount Severn were also present.

Despite the lively appearance on the Palace balcony, the Queen was forced to withdraw from attending the St Paul’s Cathedral Service of Thanksgiving on Friday, June 3.

The annual Thanksgiving service is described as a pivotal Platinum Jubilee event, with a Palace spokesperson claiming the Queen withdrew from the event with “great reluctance”.

“The Queen greatly enjoyed today’s Birthday Parade and Flypast but did experience some discomfort,” the spokesperson said at the time.

“Taking into account the journey and activity required to participate in tomorrow’s National Service of Thanksgiving at St Paul’s Cathedral, Her Majesty with great reluctance has concluded that she will not attend.”

Despite the cancellation, the Queen delighted royal watchers when she attended the lighting of the jubilee beacon on June 2, at Windsor Castle.

The beacon lighting is an age-old tradition for celebrations such as royal weddings and coronations. The event now symbolises the unity between the United Kingdom and the Commonwealth.

Thousands of people took part in celebrations throughout London across four days to mark the Queen’s 70 years on the throne.