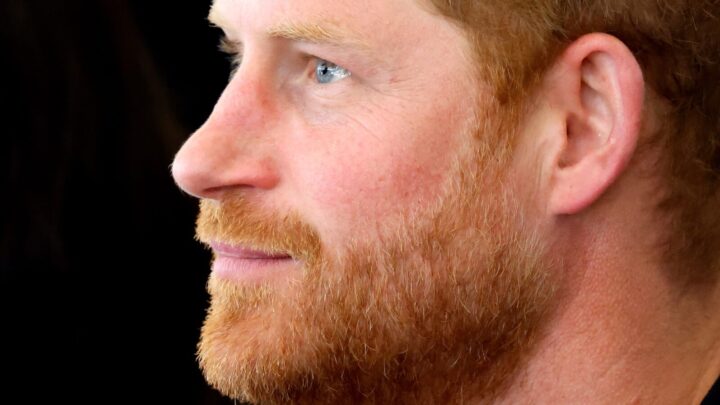 When you’re born into the British royal family, you’re bound to live an extraordinary life and are likely to have very few moments away from the glare of the spotlight. From cheeky little redhead to teenage heartthrob to lovable father of two and global activist, the world has watched Prince Harry grow up before their eyes.

As the Duke of Sussex celebrates his 38th birthday on September 15, in honour of his special day Starts at 60 looks back on his life in the spotlight.

Following a nine hour labour, Princess Diana gave birth to her second son, Prince Harry, on September 15 1984. Like his older brother William, Harry was welcomed into the world at the Lindo Wing of St Mary’s hospital. However, Harry’s birth was reportedly not a jolly affair.

As per Readers Digest, Andrew Morton, author of Diana: Her True Story reveals that the then Prince Charles had wanted a baby girl and upon Harry’s birth, the Prince of Wales commented “Oh God, it’s a boy” before saying “and he’s even got red hair”.

Charles later brushed off his comments as “jokes,” but Morton claims it was the point of no return for Charles and Diana’s tumultuous marriage.

HBO’s newest documentary The Princess also shows a heartbreaking scene following Harry’s birth. After arriving home from the hospital with their newborn son, Charles leaves his wife and kids to play polo.

While Princess Diana’s death triggered a global outpour of grief, the public’s sadness was unmatched by that of her sons. In 2021, Prince Harry opened up about attending his mother’s funeral as a child and having his grief exposed to the world.

“When my mum was taken away from me at the age of 12, just before my 13th birthday, I didn’t want the [royal] life. Sharing the grief of my mother’s death with the world,” he said.

“For me, the thing I remember the most was the sound of the horses’ hooves going along the pavement. Along the Mall, the red brick road…It was like I was outside of my body and just walking along doing what was expected of me.

“Showing one-tenth of the emotion that everybody else was showing. I thought, ‘This is my mum. You never even met her.'”

Harry also revealed he had spent four years in therapy and admitted he still got “nightmares” from the ages of 28 to 32.

Following in his mother’s footsteps in Angola

The charity’s executive director, Christ Whatley, later told People “you could empathize with him. There was an authentic moment of connection to his mother and her cause.”

Harry later said he was “quite emotional” making the same trip his mother did 22 years ago and witnessing “the transformation that has taken place, from an unsafe and desolate place into a vibrant community of local businesses and colleges”.

“His Royal Hotness” visit to Australia

Four years after the wedding of his older brother, Prince William, in 2011, Prince Harry became one of the most sought-after bachelors and his visit to Sydney on May 2015 proved it.

Thousands of people flocked to Sydney’s Opera House for the chance to meet Prince Harry, many carried flyers that read “His Royal Hotness” and “Gingers Rule”, one woman’s sign read “Marry Me Last Chance! Prince Harry” and managed to get a smooch from the then 30-year-old prince.

“It’s been fantastic,” Harry said of his time in Australia.

“Everyone has been amazing. I have felt unbelievably welcomed.”

A wedding for the ages

Prince Harry’s wedding to former actress Meghan Markle on May 2018, was not only beautiful and star-studded, but the couple’s nuptials also made history for breaking a number of traditions.

Meghan was the first American to be officially marry into British royalty, she was also a woman of colour, a divorcee, and raised Catholic.

Harry had also chosen to walk Meghan down the aisle. Traditionally in British weddings, it’s customary for both the groom and the best man to face the alter while the bride walks down the aisle. The couple had also opted out of the traditional balcony kiss- a tradition first started by his mother, Princess Diana- instead choosing to share their first public kiss outside their wedding venue at St George’s Chapel.

One year after getting married, Harry and Meghan welcomed their first child Archie Harrison Mountbatten-Windsor on May 2019.

“This little thing is absolutely to die for, so I’m just over the moon,” the Duke of Sussex had told the press shortly after Archie was born. Before Archie was born, Harry had frequently spoken to the public about wanting a family.

“I’ve longed for kids since I was very, very young. And so, I’m waiting to find the right person, someone who’s willing to take on the job,” Harry had previously said in a 2012 interview.

A year after the birth of his son, Harry said that parenthood changed his perception of the world and shared that it influenced his approach to battling climate change.

“The moment you become a father everything really does change because then you start to realize, well, what is the point in bringing a new person into this world when they get to your age and it’s on fire?”

Following the death of Queen Elizabeth II on Thursday, September 8, Prince William and Prince Harry seemingly put their differences aside to reunite when they greeted well-wishers at Windsor Castle.

Despite years of strained relations between the brothers, Prince William reportedly extended the invitation to the Duke and Duchess of Sussex to join him and his wife, the now Princess of Wales, for the walk.

In a show of unity, the two couples walked through the gates of Windsor Castle together on Saturday, September 10, before meeting and speaking with members of the crowd and viewing the flowers left at the gates in tribute to the late Queen.