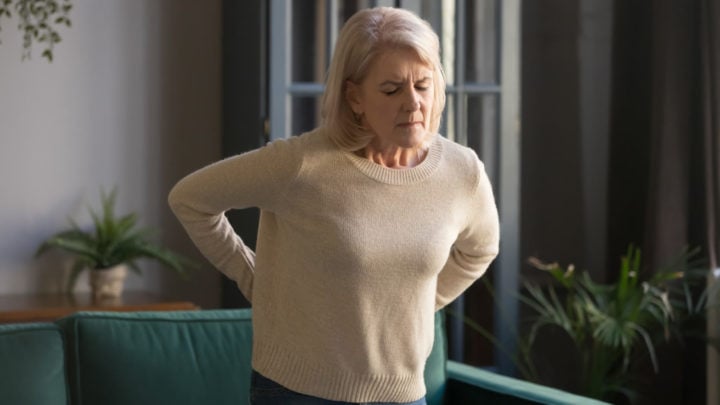 New research indicates that 1 in 5 Aussies over the age of 45 suffer from chronic pain. Source: Getty

If you’ve been living with chronic pain, you’re not alone. According to a new report by the Australian Institute of Health and Welfare (AIHW), more Australians than ever visited their GP for chronic pain in 2015-2016 and an estimated 1.6 million people over the age of 45 lived with persistent, ongoing pain in 2016.

The report, titled Chronic Pain in Australia, explores the latest national data on the proportion of people with chronic pain, as well as its impact, treatment and management.

“In 2016, it was estimated that almost 1 in 5 (1.6 million) Australians aged 45 and over had chronic pain with higher rates for women compared to men,” AIHW spokesperson Katherine Faulks said. “Chronic pain is ongoing and debilitating and can impact a person’s ability to participate in work, daily activities, exercise, and access health care. It lasts beyond the normal healing time after injury or illness and is experienced on most days of the week. It can result from injury, surgery, musculoskeletal conditions such as arthritis, or other medical conditions such as cancer.”

Between 2006-2007 and 2015-2016, the rate of GP visits where chronic back pain or unspecific chronic pain were managed increased by 67 per cent, or roughly 400,000 more encounters for both conditions. Additionally, there were almost 105,000 hospitalisations from 2017-2018 where chronic pain was deemed relevant to the patient’s care and patients with chronic pain were more likely to have a longer stay in hospital compared to those without.

“People with chronic pain are more likely than those without chronic pain to experience mental health issues, including depression and anxiety, sleep disturbance and fatigue,” Faulks said. “A person with chronic pain often has contact with a range of health professionals to assist in the management of their pain, including GPs, medical specialists, psychologists, physiotherapists and social workers.

“For people aged 45 and over, those with chronic pain are almost three times as likely to have been dispensed pain medication as those without chronic pain.”

The types of pain medications issued includes opioids, migraine medication, and other analgesics.

Do you suffer from chronic pain?