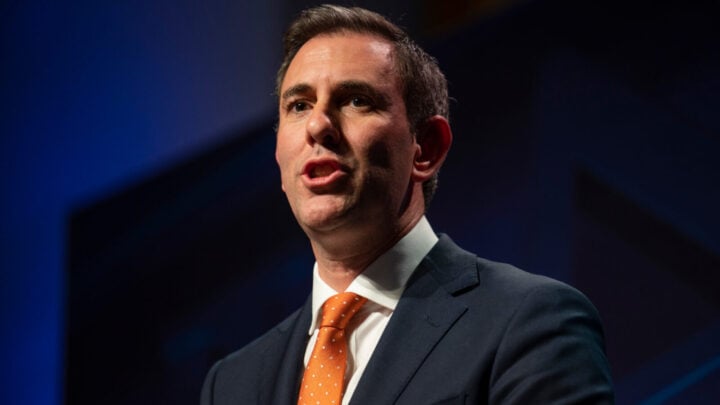 Treasurer Jim Chalmers says the government will look at more cost of living relief if they can afford it. Source: Getty

As preparations for the second budget are underway, Treasurer Jim Chalmers has hinted there could be a chance for further cost of living measures to aid “disadvantaged” Australians.

Chalmers said that whilst Australia is in a good position and is unlikely to go into recession, the steady rise of interest rates and the Consumer Price Index (CPI), due to the reduced rate of the global economy, will affect growth for Australians.

We should be optimistic about the future of our economy and our country, but realistic about prospects for a global downturn in 2023 and what that means for Australia. Some thoughts on our agenda for the year ahead, in today’s @Australian #auspol #ausecon pic.twitter.com/B3wiz78TAO

“Inflation remains our dominant concern even on the other side of its peak, as global price pressures coming at us from around the world continue to be felt around the kitchen table,” Chalmers said.

“We are in a stronger position than most countries but still more vulnerable than we’d like to be to international shocks.”

The Treasurer said that “if there are additional measures” the government “can afford to put in place of course [they’ll] consider them,” to help ease financial pressures for Australians, saying the government is keeping a close focus on “tackling disadvantage”.

“We will maintain an emphasis on health and Medicare, and ageing and aged care, on women and wellbeing, and with a particular focus on tackling disadvantage,” he said.

Further cost of living aid is a welcome relief for pensioners like Fiona who have said the last round of relief was not enough.

“With non-discretionary items rising faster than CPI indexation, welfare recipients like myself are meant to be grateful for (the rise to indexation). What essentials should I be cutting from my budget?” she asked Chalmers during an ABC Q+A segment on the budget.

“I’m still playing catch up and it’s all falling behind.”

Pointing out things were likely to get worse before they get better, Chalmers was unable to offer Fiona hope, saying the way the budget was trying to help was by attempting to address the issue by bringing down inflation.

“The best thing we can do is try and address inflation. That’s what the budget was about,” the Treasurer replied.

“But I don’t want to pretend to Fiona or to anyone in Fiona’s position that the budget nine nights ago fixed all of these challenges.

“I do need to be upfront with all of you about the nature of this challenge that we are confronting right now.

“And our best contribution to this problem is being restrained in our spending.

“Nobody has a perfect crystal ball, but the expectations of the Reserve Bank and the Treasury is that this inflation challenge will get a bit worse until the end of the year.

“The main thing I can do here – the worst thing that could happen for Fiona and for people around Australia – is if we let this inflation get out of control … That’s what I’m trying to avoid.”

With the rising cost of living continuing to soar and inflation sitting at a high of 7.3 per cent, it’s no secret that Australians are doing it tough.

According to the Association of Superannuation Funds of Australia (ASFA), comfortable retirement for senior Australians has risen by 1.9 per cent, as those over 65 now need to spend $68,014 per year for couples, and $48,266 for singles.

ASFA’s latest retirement standards reflect the increase seen to fruit and vegetables prices, up by 16.2 per cent, dairy products up by 12.1 per cent, imported inflation saw oils and fats up 19.3 per cent, coffee up 10.7 per cent and gas 16.6 per cent and automotive fuel 18.0 per cent.