‘Going up a minimum 35 per cent’: Cost of living continues to soar as energy prices predicted to rise 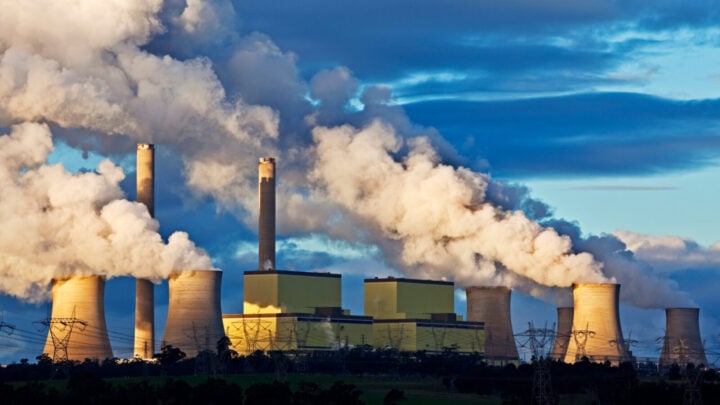 Australians suffering through the cost of living crisis are predicted to endure yet another blow to their wallets as energy prices are anticipated to soar.

The Reserve Bank of Australia has raised the cash rate for the sixth month in a row, to 2.6 per cent and is expected to reach 3.75 per cent in 2023.

Speaking at the Australian Financial Review’s energy and climate summit, the chief executive of Alinta Energy, Jeff Dimery, said Australians should brace themselves for at least a 35 per cent rise in their energy bills.

“When we run our modelling for energy pricing next year, using the current market prices, tariffs are going up a minimum 35 per cent,” Dimery said.

“It’s horrendous, it’s unpalatable. We don’t want energy consumers getting their power bills and setting fire to them.

“Now, maybe, the regulators are going to change the rules on that, I’m not sure.”

Power Prices to Impact Cost of Living
Power prices in Australia will soar by at least 35% in 2023 amid a choppy energy transition and the closure of coal plants, the nation’s fourth largest electricity retailer, Alinta chief executive Jeff Dimery, claims.

Whilst there are a number of factors affecting Australia’s cost of living, such as dealing with the aftermath of the global pandemic and the war in Ukraine, Dimery said the transition to more eco-friendly energy sources as opposed to coal, holds some of the blame.

As reported by the Financial Review, Dimery has concerns about the country’s transition to clean energy.

“Gas will become the asbestos of the 21st century.” @McKenzieAmanda
A poignant statement to underpin the urgency of a shift away from fossil fuels to ensure real emissions reductions on Day 2 of the @FinancialReview’s Energy and Climate Summit. pic.twitter.com/TXL5Tv426D

“I personally don’t believe we can achieve the transition based on what we’re seeing to date that is going to be delivered; I think we’re headed for failure unless things change significantly.”

However, the Climate Council’s energy expert and former President of BP Australiasia, Greg Bourne, said the switch to renewables is the next necessary step.

“Coal is not a commercially viable industry any longer,” he said in a statement.

“Coal is unable to compete on cost with renewable energy, it is also inflexible, ageing, unreliable and inefficient.

“In Australia, and globally, renewables backed by storage deliver the cheapest power, and do so without the greenhouse emissions coal and gas produce.”

The merits of renewable energy compared to fossil fuel aside, the rising cost of energy bills will no doubt be of concern among seniors after recent data from the Australian Bureau of Statistics (ABS) indicated that older Australians are already suffering the most from the rising cost of living with pensioners experiencing an annual household living cost of 4.9 per cent.

When it comes to alleviating the financial pain from ever-increasing utility expenses, Compare the Market’s General Manager of Media & Communications, Chris Ford suggests that “just as you’d search for the best discounts at the supermarket, now’s the time for seniors to stop paying more than they need to for the services they need”.

“If it’s been a while since you’ve compared energy retailers or insurance providers, you could be forking out hundreds of dollars more than you need to,” Ford explained.

“Other retailers or providers may be able to offer the same plan or policy at a discounted rate or with better perks or incentives, so compare what else is out there. The best part is it’s a lot easier to switch than people think, so you could be saving money instantly.”