Pensioners left fuming over Federal Budget that does ‘nothing for retirees’ 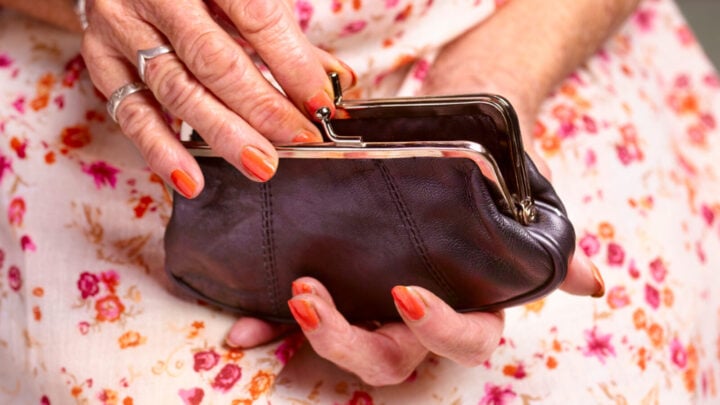 While some feel that the pension did little to help pensioners navigate the turbulent waters of the cost of living crisis, others welcomed the the Albanese government's first Budget. Source: Getty Images.

The Albanese government handed downs its first Budget in over a decade on Tuesday, October 25 and although the big winners seemed to be families and healthcare, Labor threw in some sweeteners for seniors to alleviate pressures associated with the rising cost of living.

Factors of global uncertainty such as the war in Ukraine and recent flooding disasters along south-east Australia prompted the government to release a Budget that they claim is “solid, sensible and suited to the times”.

However not every Australian shares the sentiment that the Budget is “solid” and “sensible”, with some pensioners expressing their anger with the government’s Budget measures.

Gold Coast woman Lyn Wicks told Today that both she and her husband feel as though they have been left out by the latest Budget.

“I’m angry because the Labor Party traditionally was to help the low and middle income earners,” Lyn said.

“You don’t want handouts, but – we’re speaking on behalf of pensioners who are really doing it hard. We’ve got savings but we are dipping into it.

“It’s just the low income and the people, they haven’t given us any hope and, you know, hope is happiness, happiness is health, you know, they are being – it’s a false economy as far as I’m concerned.”

“You don’t want handouts, but we’re speaking on behalf of pensioners who are really doing it hard. It’s just not fair.”

Two Australian pensioners say the Federal Budget has not given them “any hope” as cost-of-living and inflation pressures soar.#9Today | WATCH LIVE 5.30am pic.twitter.com/8rs9pnKFhe

Lyn’s husband, Des, claimed the Budget does “absolutely nothing for retirees on full pension”.

“It gave some retirees the option to work extra, but that doesn’t suit us, because of health issues,” he said.

“Even if I could I wouldn’t because I have worked 52 years and I think I’m entitled to a few years of retirement.”

While some feel that the Budget did little to help pensioners navigate the turbulent waters of the cost of living crisis, Council on the Ageing (COTA) Australia welcomed the Albanese government’s first Budget.

“This is a budget that has kept its promises to older Australians and gone further in some areas,” COTA Australia Chief Executive, Ian Yates said.

“Looking at the Budget as a whole, the Government’s focus on reducing inflation as soon as possible, helping get from 7.75% this year to 3.5% in 2023/24, will be a welcome relief to older Australians on fixed incomes and will protect the savings of retirees and people saving for retirement.”

The Older Persons Advocacy Network (OPAN) was also “delighted to see the Australian Government not only follow through on its $2.5 billion election promises but exceed them”. OPAN was particularly pleased with the Federal Government’s considerable investment in aged care reform.

Despite the mixed responses to the latest Federal Budget, Treasurer Jim Chalmers said the Budget served as Australia’s best defence against the economic crisis.