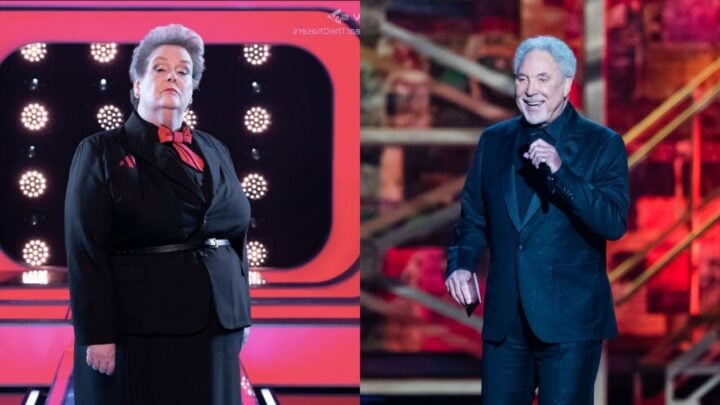 Over the years professional quizzer Anne Hergerty has competed with a number of contestants on The Chase since becoming a regular on the hit television game show in 2010.

Although she’s played against some famous faces, the 64-year-old has revealed there’s one celebrity she would love to have on the show – beloved The Voice coach and Welsh singer Sir Tom Jones.

“I’d just be fangirling all over him,” Hegerty admitted, adding that English comedian Stephen Fry would also be a welcomed guest.

“I always say it would be lovely to have Stephen Fry because he’s so smart but I can’t imagine him ever saying yes,” she said.

“He knows an enormous amount, I think. How organised his knowledge is and how fast he can get it up to the surface, I don’t know.

“I don’t know what he’s like on speed quiz. He can come and play bingo with us, he’s very welcome.”

Given that The Chase has welcomed stars like the late actor Bernard Cribbins and comedian Rufus Hound, Hegerty’s request of having Tom Jones on the show isn’t too far-fetched.

Hegerty’s revelation comes after the quizzer made headlines after rumours swirled about The Chase potentially replacing her with someone who “looks like they could be on Love Island.”

Hegerty admitted to seeing red when she found out the show’s producers were on the hunt for younger participants to become new quizzers.

“They have tried out a few 20-year-olds for The Chase as quizzers,” she told the Daily Star.

“I would be more than pissed off if I was replaced, as she would not be as good as me.

“Nobody is about to replace me.”

Rumours of Hegerty’s replacement were sparked after Mark Labbett appeared at the Oxford Student Union and reportedly told its debate society that the show bosses were looking for quizzers who “can play like Anne or Jenny (Ryan) and looks like she can be on Love Island”.

However, the drama didn’t end there, Hegerty’s “pissed off” remarks regarding the show’s choice to look for younger participants had made their way to The Chase‘s youngest-ever quizzer Mara “The Smiling Assasin” Lejins.

Earlier in August, Lejins, 27, set the record straight regarding rumours of tension between her and Hegerty.

Taking to her Instagram story, Lejins shared a screenshot of a Daily Mail article that reported on the rumoured rift between the Chasers and made light of the topic.

“I mean, I think I would rock Love Island,” Lejins wrote under the article’s headline, adding a lighthearted poll asking her followers if they would be keen for a “The Chase/Love Island crossover?”

Hegerty, who still remains a fan favourite, has not made any further comments regarding the casting of younger quizzers, telling Express that she has been keeping busy filming more episodes for the game show.