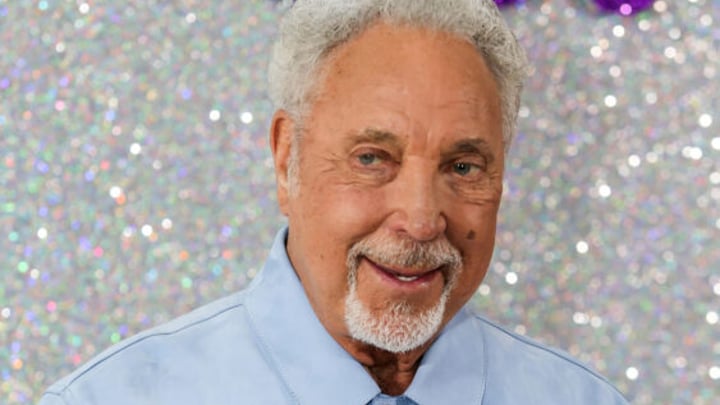 Although crowds were no doubt left overjoyed during his latest performance, his use of a cane was cause for concern for some of his adoring fans. Source: Getty Images.

Renowned singer Sir Tom Jones has triggered fresh concerns for his health following the singer’s latest performance where he remained seated for most of the show and relied on the use of a cane to stand up.

The It’s Not Unusual hitmaker is currently touring the United States as part of his Surrounded By Time tour where he has delighted fans as he delivers crowd-pleasing performances of his greatest hits.

Although crowds were no doubt left overjoyed during his latest performance, his use of a cane was cause for concern for some of his adoring fans.

However, the 82-year-old singer has previously revealed that he had undergone hip replacement surgery and will sometimes “sit on a stool” during part of his performances, stating that “everybody loves it”.

During a recent press conference, Jones explained that he had his left hip replaced “five years ago and it worked great” but that now his “right hip is starting to go”.

“Wear and tear! So at the moment, I’m bone on bone! That’s what the fella [doctor] told me,” he told ITV.

Ever committed to the old adage that the show must go on, Jones has postponed further surgery instead choosing to honour his tour commitments.

Jones revealed that he can manage on stage “for like four songs” before “it really starts to hurt”.

Alleviating any fan concerns, Jones explained that he is “lucky” and “in good health”

“I’ve got nothing wrong with me. It’s just wear and tear. My voice is still in great shape. Everything is ticking away nicely,” he said.

Jones was previously forced to postpone a July 12 performance in Budapest after suffering a medical incident before he was set to take the stage.

As rumours of the singer ‘collapsing’ backstage began to circulate, Jones took to Twitter to set the record straight.

“Hello to all concerned: I travelled last night from the UK to Budapest and woke this morning with an uncomfortable throat,” Jones wrote.

“A specialist came to visit and diagnosed ‘viral laryngitis’. He strongly advised postponing this evening’s show and prescribed medications and vocal rest.

“I did NOT ‘collapse’ anywhere at any time, that is pure rumour. Hopefully the inflammation will calm soon as I am looking forward to continuing my wonderful summer tour.

“Unfortunately the show had to be cancelled at the last minute, and for that I am very sorry. However, the show in Budapest has been rescheduled and will take place on August 16.

“Thanks again for all your kind concern. TJ.”

Despite being in his 80s, the Delilah singer told The Mirror that he has no intention of retiring from singing and will continue to perform as live shows are his “lifeblood”.

“I don’t want to stop as God has been good to me and my voice is still there,” Jones said.

“I want to do it as long as there is a breath in my body.”