‘Elvis is there waiting for her’: Dolly Parton reflects on the death of Lisa Marie Presley 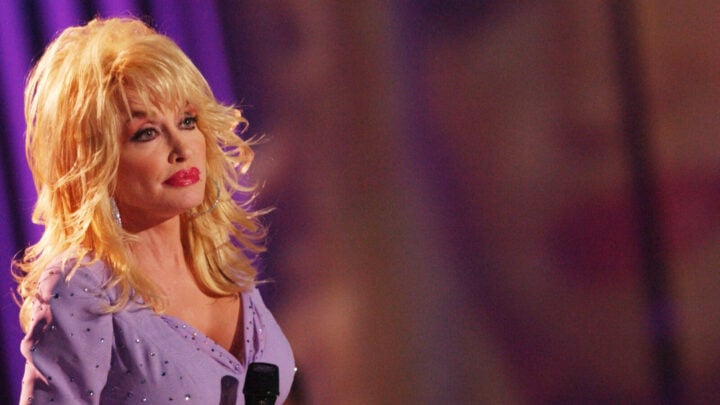 Parton's kind words follow a touching tribute she delivered on social media following Lisa Marie's passing in which she offered her condolences to her mother, Priscilla Presley. Source: Getty Images.

Beloved country music star Dolly Parton has reflected on the death of Lisa Marie Presley in a recent interview, taking solace in the belief that “Elvis is there waiting for her”.

The 77 year old opened up about the “sad loss” following Lisa Marie’s sudden death during an interview with Entertainment Tonight.

“That was a sad, sad loss, and when I had made my statement that I just wanted to send my sympathies to Priscilla ’cause I can only imagine, but I knew he’d be waiting for her,” she said referring to her recent tribute to Lisa Marie on social media.

“I thought, ‘Well, Elvis is there waiting for her,’ and we just all love that family and just wish them the best, but that was a sad, sad loss.

“Hopefully they are up there being happy together, and hopefully Priscilla will find some peace through the love that we all have for her.”

Parton’s kind words follow a touching tribute she delivered on social media following Lisa Marie’s passing in which she offered her condolences to her mother, Priscilla Presley.

Parton’s post and heartfelt words were met with nothing but praise from fans of the country music star.

“How does Dolly, just always know the perfect words to say?”

“Beautifully said. I was also thinking that maybe now Elvis, his mom, daughter, and grandson are all happy together now.”

“Your words are So beautiful Dolly. May she rest now with her poppa.”

“Beautifully said – indeed, she is with her beloved father and precious son- the loves of her life – much love and many prayers to her daughters and mother left to grieve her loss.”

“Dolly Parton is a national treasure.”

“Beautiful words. Lisa had more than her fair share of heartache. May she now find peace and take comfort in her father’s arms again.”

The daughter of music icon Elvis, passed away at the age of 54 on Thursday, January 12 after reportedly suffering a cardiac arrest.

According to TMZ, Lisa Marie was rushed to hospital after emergency services attended the home of the 54 year old where they performed CPR before taking her to hospital, paramedics were reportedly able to regain a pulse en route to the hospital.

Shortly after being administered to hospital, Lisa Marie’s mother arrived to be by her daughter’s side.

As news broke of Lisa Marie’s sudden passing, fans across the globe joined high profile figures to offer their condolences to her family and pay tribute to the 54 year old.

I’m heartbroken over the passing of Lisa Marie Presley.

Lisa did not have an easy life, as some might think.

May she be at peace, resting with her son and father now.

Her mom Priscilla and her three daughters, Riley, Finley, and Harper, are in my prayers. pic.twitter.com/7Sb0DFjbZH

she’s with her dad and her son now. rest in peace, lisa marie presley! ???? pic.twitter.com/OJlKvH2Tb1

Lisa Marie Presley — the only child of Elvis Presley — has died at 54. She just attended the Golden Globes and recently wrote a heartbreaking essay about her grief following her son Benjamin Keough’s death by suicide in 2020.
Rest in peace, Lisa Marie. pic.twitter.com/55u5uFY4Ib

RIP, Lisa Marie Presley, who is surely in her father’s loving embrace right now. I pray for Priscilla and the entire Presley family. ???? pic.twitter.com/9tSyjAIILS

Lisa Marie is survived by her mother, her three daughters and half-brother, Navarone Garibaldi.