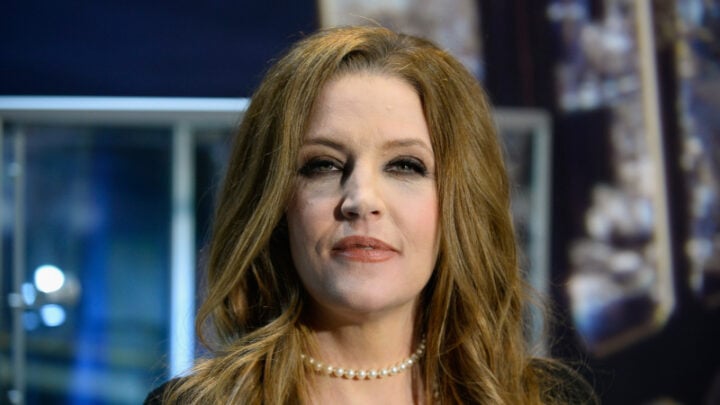 Priscilla later announced the news of her daughter's "devastating" death in a statement, while thanking the public for their "love and prayers". Source: Getty Images.

The daughter of music icon Elvis, Lisa Marie Presley, has passed away at the age of 54 after reportedly suffering a cardiac arrest.

According to TMZ, Lisa Marie was rushed to hospital on Thursday, January 12 (U.S time) after emergency services attended the home of the 54 year old where they performed CPR before taking her to hospital, paramedics were reportedly able to regain a pulse en route to the hospital.

At the age four Lisa Marie’s parents divorced and although she lived with her mother in Los Angeles she frequently visited her father at his Graceland residence until his death in 1977 from a heart attack.

Following his death, Lisa Marie became the joint heir to her father’s estate alongside her grandfather, Vernon Presley, and her great-grandmother, Minnie Mae Hood Presley.

Following Vernon’s death in 1979 and Minnie Mae’s in 1980, Lisa Marie became the sole heir to her father’s estate and inherited Graceland.

Like her father, Lisa Marie enjoyed a successful music career following the release of her debut album, To Whom It May Concern, in 2003.

The album reached No. 5 on the Billboard 200 albums chart and was certified gold in June 2003.

Her second album, Now What, was released on April 5, 2005 and reached No. 9 on the Billboard 200 albums chart, Lisa Marie co-wrote 10 songs for the album.

Lisa Marie’s third album, Storm and Grace, on May 15, 2012 which was widely praised by critics.

In addition to her singing career, Lisa Marie was also involved in a number of charitable endeavours.

Lisa Marie acted as chairperson for The Elvis Presley Charitable Foundation (EPCF) which funded programs such as Presley Place which provides homeless families up to one year of rent-free housing, child day care, career and financial counseling, family management guidance and other forms of assistance to help them break the cycle of poverty.

The EPCF also established the Elvis Presley Music Room, where children from Presley Place among others can enjoy access to musical instruments and instruction programs.

Lisa Marie also joined Oprah Winfrey to assist with the devastation left by Hurricane Katrina where she helped deliver food and essentials to families who had lost everything.

In addition to her music career and charitable work, Lisa Marie was a mother of four. She shares her eldest daughter Riley with her first husband Danny Keough. The couple also had a son together in 1992, Benjamin Keough, who sadly passed away in 2020.

As news broke of Lisa Marie’s sudden passing, fans across the globe joined high profile figures to offer their condolences to her family and pay tribute to the 54 year old.

I’m heartbroken over the passing of Lisa Marie Presley.

Lisa did not have an easy life, as some might think.

May she be at peace, resting with her son and father now.

Her mom Priscilla and her three daughters, Riley, Finley, and Harper, are in my prayers. pic.twitter.com/7Sb0DFjbZH

she’s with her dad and her son now. rest in peace, lisa marie presley! ???? pic.twitter.com/OJlKvH2Tb1

Lisa Marie Presley — the only child of Elvis Presley — has died at 54. She just attended the Golden Globes and recently wrote a heartbreaking essay about her grief following her son Benjamin Keough’s death by suicide in 2020.
Rest in peace, Lisa Marie. pic.twitter.com/55u5uFY4Ib

Rest In Peace, Lisa Marie Presley, you were not only loved by Elvis fans – but by Austin Butler fans as well. I’m sending every ounce of strength I have to all of her loved ones. This is absolutely devastating ???? pic.twitter.com/7HWt1T82CB

So sad about Lisa Marie Presley. Oddly I was just at Graceland yesterday and took this picture. The guide was telling us that sometimes she would have dinners in the dining room, and once she had a party for her friends in the plane named after her. Rip sweet soul.????️ pic.twitter.com/KvHOmgt31F

RIP, Lisa Marie Presley, who is surely in her father’s loving embrace right now. I pray for Priscilla and the entire Presley family. ???? pic.twitter.com/9tSyjAIILS

Lisa Marie is survived by her mother, her three daughters and half-brother, Navarone Garibaldi.