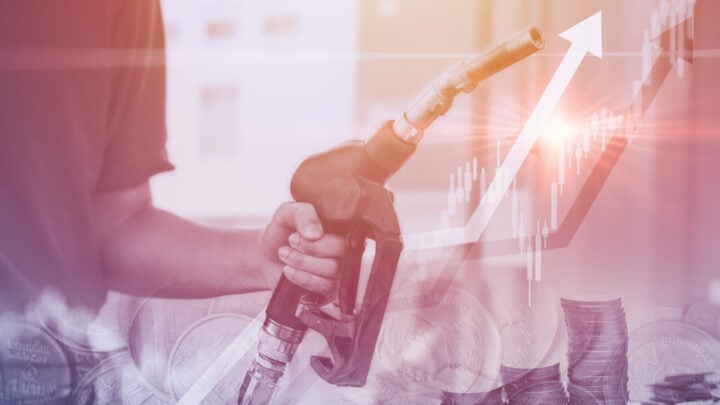 As the fuel excise draws to a close, consumers are understandably concerned about how much they will be paying at the pump and the flow-on effect it will have on household budgets which are already strained. Source: Getty Images.

The next time Australians fill up at the bowser they may be in for a rude shock as the previous government’s fuel excise reduction is set to draw to a close on Thursday, September 29 adding further pressure to the skyrocketing cost of living.

As the ever-increasing cost of living continues to hit the hip pockets of Australians across the country, motorists have at least enjoyed somewhat of a reprieve with cheaper petrol prices for the last six months but once the excise ends petrol prices are expected to increase by as much as 25 cents a litre.

Despite the cost of living pressures still being felt across the country and an increase in the cost of fuel adding further burden on hip pockets, Treasurer Jim Chalmers told Sky News that the government “just can’t afford” to extend the fuel excise.

“A budget, which is heaving with a trillion dollars in Liberal Party debt, can’t afford to sustain something that costs 3 billion dollars every six months,” Chalmers said.

“We’re not pretending that it will be an easy change for motorists to deal with around Australia.

“We’ve tried to be upfront with people before the election, during the election and after the election. We just can’t afford to continue that relief indefinitely. ”

Although some assurances have been provided that the price of petrol won’t skyrocket immediately and the Australian Consumer and Competition Commission will “closely analyse, and regularly report on, price movements” once the excise ends, consumers are understandably concerned about how much they will be paying at the pump and the flow-on effect it will have on household budgets which are already strained.

Concern will no doubt be felt among seniors after recent data from the Australian Bureau of Statistics (ABS) indicated that older Australians are already suffering the most from the rising cost of living with pensioners experiencing an annual household living cost of 4.9 per cent.

With this in mind Starts at 60 spoke with Compare the Market’s General Manager of Media & Communications, Chris Ford about daily budgets and what increased petrol prices could mean for seniors in an effort to help soften the blow for over 60s who will be met yet again with further financial strain once the fuel excise comes to an end.

Ford acknowledged that “many Australians, particularly over-60s, are still facing higher prices at the grocery store, seeing their insurance premiums and interest rates rise and their energy bills soar, so it may seem confusing that petrol prices are expected to jump”. However, he did explain that the hit from the end of the fuel excise may not be as hard as many are predicting.

“We do know that the national wholesale average price of fuel has decreased significantly over the last few months, sitting at around $1.51 a litre now compared to more than $2.00 a litre in June. While we’ll likely all feel the pinch at the bowser in the coming weeks and months, it may not be as high as prices we experienced earlier this year,” Ford explained.

Although Ford stressed that an increase in the cost of fuel may not occur immediately given “retailers set their own prices for fuel and there are various factors that influence the amount you pay per litre, like the exchange rate of the Aussie dollar, the price of international oil and competition in your area”, he did encourage “older Australians to take the wheel and ensure they’re not paying more than they need to for fuel”.

“Very often cheaper fuel can be one suburb, or even one street away, so motorists should heed to advice to use the fuel comparison Apps to look for the best possible price. There’s around a 20-cent difference between the cheapest and most expensive petrol in each major city at the moment,” he said.

Despite the fact that there are a number of practical measures over 60s can utilise to save money across the board, Ford conceded that “it’s likely that there will be some tough times ahead for older Australians”.

“Not only is it going to cost them more to fill up the tank, but supermarkets may increase the price of groceries due to higher transportation costs, it could cost more to have meals or parcels home delivered and taxis and rideshares may also increase their prices,” he said.

While the outlook may look grim when it comes to making ends meet and as over 60s face “a particularly difficult time right now with prices rising across the board”, Ford suggests “there are ways to keep costs low for the services you need”.

“With the halving of the fuel excise ending, searching for savings has never been more important. Fuel comparison apps are the easiest way to compare fuel prices in your area and track down a better price,” he said.

“You simply download an app to your mobile phone or tablet and can instantly compare a range of fuel stations and prices nearby, and some even link in with Google Maps to direct you to the station. Just as you’d search for the best savings at the supermarket, we encourage all over-60s to do the same with their fuel.

“Another way to nab a deal is to double down and use discounts available through your grocery shop and any road roadside assistance program you may be part of.

“Similarly, check if there are any fuel deals available on your shopping dockets or through your local supermarkets. These discounts have never been more important, especially as we head into the Christmas season.”

Much-needed savings can be made beyond the petrol pump, with Ford recommending “making the most of your Seniors Card” which “is one of the easiest ways to keep money in your pocket and pay less for the services you need”.

“In addition to the commonly known discounts on movie tickets, public transport and some meals, seniors can also score some serious savings on their energy, solar, insurance and travel,” Ford revealed.

“Also be sure to put your bills under the microscope. If you receive a renewal notice for insurance or it’s been a while since you’ve compared your energy prices, this could be another simple way.”