Got nearly $1M in super and still worried about retirement? You’re not alone 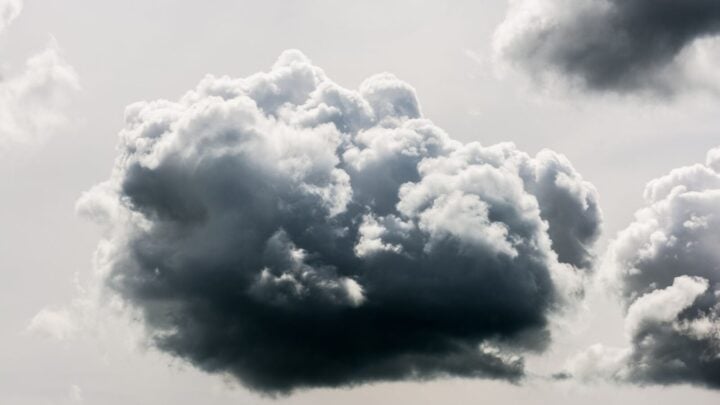 Retirement fears loom over most people, even those with more savings than others. Source: Getty.

Retirement anxiety isn’t reserved for those with smaller superannuation balances; 56 per cent of the Aussies nearing retirement with between $750,000 and $1 million in super are worried about having sufficient savings to support themselves without work.

In fact, anxiety levels on the issue only start to drop off once retirees get above the magic $1 million mark, according to new research.

The researchers found that 65 per cent of pre-retirees felt underprepared for retirement. More than half of those near-retirees expected to have to work past retirement age, didn’t feel on track with their savings to fund a comfortable lifestyle and feared they weren’t going to be able to afford to live where they wanted in retirement.

About 40 per cent, meanwhile, expected a ‘reasonable’ retirement in which some of their wants and desires went unfulfilled.

The level of worry about not having enough to fund retirement were at a similar level across the range of super balances up to $1 million, the Fidelity/FPA report said, adding that these concerns “really only recede once an individual has accumulated $1 million or more”.

The findings echo a November 2020 report from Association of Superannuation Funds of Australia (ASFA) that looked at the general expectations of super among Australians. It found that only a third of respondents were confident their combined super and savings would get them through a comfortable retirement; confidence on that front was lowest in women and people aged over 50.

To achieve a ‘comfortable retirement’ ASFA has calculated that retirees aged about 65 required an annual income of approximately $44,000 for singles and $62,000 for couples. (ASFA considers a comfortable retirement to include being able to afford some holidays, home maintenance, upgrades to appliances when required, a reasonable amount of new clothes and the ability to access entertainment such as movies or dining out on occasion.)

(Although Australia’s superannuation guarantee now forces all eligible working Australians to effectively put away a percentage of their wages – currently 9.5 per cent – throughout their working life, its introduction 30 years ago and patchy implementation in the early years means that today’s near-retirees and retirees did not benefit from the guarantee for the entirety of their careers.)

Without counting additional incomes or investment profits from super portfolios and using the recommended annual budget figures from ASFA, the base median super balances of those aged around 65 could be estimated to last a retiree spending to achieve a comfortable lifestyle anywhere from three to four years for singles and around five years for couples. This calculation did not include the important role of the Age Pension in retirement income, though.

That’s likely why, despite the worries expressed in the Fidelity/FPA report and the inadequacy of retirement savings indicated in the ASFA calculations, Australians actually use their super in retirement in a very different way to the way ASFA pictures.

In 2016, the CSIRO undertook a study that evaluated superannuation behaviours in the long run by sifting through Australian Taxation Office data from 2004 onwards.

The study revealed that many Australians were dying richer than they were the day they retired due to frugal living and only drawing down the minimum government-mandated amount from their super balance. Risk-averse retirees not only wanted to use the minimum drawdown as an “anchor” or guide for budgeting but they were also trying to avoid impacting their pension by drawing down a smaller income from super, the study said.

But it went on to say that if people continued this frugal lifestyle throughout retirement, it would leave them with substantial amounts of untouched funds sitting in their accounts after they died.

“This represents the cost of self-insuring for longevity risk, with the next generation likely to be the beneficiaries through inter-generational bequests,” the report said at the time.

That was an issue the government’s recent Retirement Income Review made clear needed to be addressed.

Retirees who did not draw down on tax-advantaged super savings ,while relying on the pension to fund their retirement and leave a generous inheritance, was one of the factors identified as placing an increasingly heavy burden on the working-age population – not all of whom would eventually benefit from one of those inheritances.

Meanwhile, the ratio of workers to retirees is decreasing, so each generation of workers pay increasingly large proportions of their income into a taxation system that supported retirees via pension payments and through the tax concessions applied to super earnings, the review paper noted.

“Most people die with the majority of wealth they had when they retired,” it said. “If this does not change, as the superannuation system matures, superannuation balances will be larger when people die, as will inheritances. Superannuation is intended to fund living standards of retirees, not to accumulate wealth to pass to future generations.”

What was or is your biggest retirement worry? Or are you blissfully worry-free?