Lending or gifting money to the kids: Your toughest questions answered 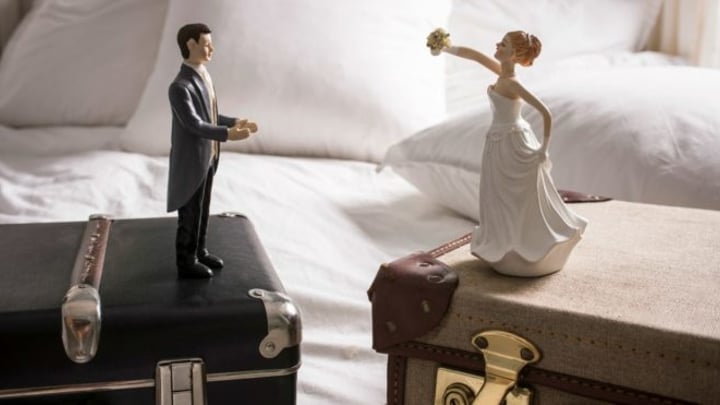 As one Money Club member sagely commented, protective measures such as written loan agreements often go out the window when the 'love goggles' are on - only to cause havoc later.

A recent column by the Starts at 60 Money Club’s legal expert Brian Herd sparked several letters from readers who wanted to know whether the loans and gifts they were considering making to their children, or had made, were likely to pose a problem for them down the track.

In this special Q&A, Brian deals with those questions one by one, with plenty of learnings for readers who’re considering offering financial help to loved ones.

Q. What are the taxation, superannuation and Aged Pension impacts of gifting or lending money to our adult children? For example, can a gift be classed as a loan should own child and her partner separate?

A. I’ll deal with this question under separate headings:

There are generally no implications if you gift money to a child with no strings attached. There could be implications if you lend money, depending on whether interest is payable on the loan. If so, that interest could be considered income and thus taxable in the hands of the lending parent

If the issue relates to a parent’s super fund lending or gifting money from the super fund to a child, it is generally a no-no as a fund cannot lend or gift money to a member or a relative subject to an exception known as the ‘in-house asset’ rules, which are complicated. As super is highly regulated and complex, it’s best to get advice on this before doing anything.

There are specific pension rules applying to gifting or lending in this scenario. If you are receiving a pension you can only gift an amount of $10,000 in each year and $30,000 in aggregate over five years. If you exceed these limits, any amount you gift above the limits will be, irrespective of having given it away, still regarded as part of your assets for five years after the gifting i.e., you gave it but you’re still considered to have it! Real care needs to be taken with loans as these so-called loans can be a gift masquerading as a loan and will be looked at carefully by Centrelink

This is a really fraught area, which highlights the cleavage between the gift/loan arrangement with children. For example, a parent advances $100,000 to a daughter to assist in buying her first home with her new husband (son-in-law). The daughter and son-in-law then separate, and the issue is whether that money was a gift or a loan. The parents and the daughter would normally say it was a loan and has to be paid back say from the sale of the home. The son-in-law would say it is a gift and does not have to be paid back.

Q. I would like to help my son buy a house but he lives with his girlfriend and the complication is that she can’t contribute her half of the deposit. Is there a smart way to help him do this, that protects the money I gift him is they later separate?

A. The simple answer is to make the money a loan and to properly document it. That way, the problem described in the above answer can be averted.

Q. We loaned our daughter a sum of money in 2006 to help her buy her property in Australia (we liked in the UK at the time). The loan was made with only a a verbal understanding of repayment, with the money to be paid back in repayments and timescales affordable to her. We’d benefited from the same arrangement with my own mother-in-law in years gone by. But my daughter is now going through a divorce, in which her husband is claiming 30 per cent of the house and 20 per cent of the contents, neither of which he has paid a cent toward. My daughter has repaid a small amount of the loan but her soon-to-be-ex-husband is claiming that our money was a gift and not a loan. Do we have any claim on this money before the sale proceeds of the house are divided between them? Yes, we know she should have had a pre-nuptial agreement but you know what it is like when you have ‘love googles’ on!

A. Presumably, the proceeds cannot be divided between them on the sale of the house until they have both agreed who gets what in the division. If your daughter holds the line that it was a loan and he asserts it was a gift, that would usually prevent any agreement for the moment between them as to how to divide the sale proceeds. That will not normally delay any sale but mean the sale proceeds are normally held in a solicitors trust account pending agreement on the division. Barring trusting your daughter, it may be possible to lodge a caveat to prevent the sale.

Q.  I would like to know about a family loan. A friend of mine loaned her son and his partner a large amount of money to help them purchase a house. The loan was apparently documented in writing and made to both of them. My friend said that if the relationship broke up and the assets were divided, the loan would be a debt, not an asset, so would not be included in the assets to be divided – in effect, my friend’s son’s borrowed money would stay with the son and not be given to the partner in the event of a break-up. Is this a known way of helping your child purchase a house without the worry of losing parental money in the event of divorce or relationship break-up? I would love to hear your advice about this, as I would like to help my own daughter but greatly fear that I (and hence she) could lose a lot of money.

A. If the loan was documented and it was made to both of them, it is repayable by both of them in accordance with whatever the terms of the loan agreement say. It is a debt but its repayment may not occur even if the house is sold in a break up. To overcome that problem, it would have been wise to ensure repayment by securing it i.e. by having a mortgage registered on the title of the property

Q. My husband’s family home was left to his younger sister and she has left it to her daughter. Can my husband contest this?

A. I assume that the words “my husband’s family home was left to his younger sister” means that the husband’s surviving parent has died and left the home to his sister in the parent’s will. If so, there are only three types of people who can challenge a will – a spouse, child or dependent. Your husband, as a child of his parent, could have challenged the parent’s gifting of the home to his sister. But there are strict time limits to do this and that opportunity may have passed. Your husband would not be eligible to challenge his sister’s will, however.