What happens to your money if your bank collapses 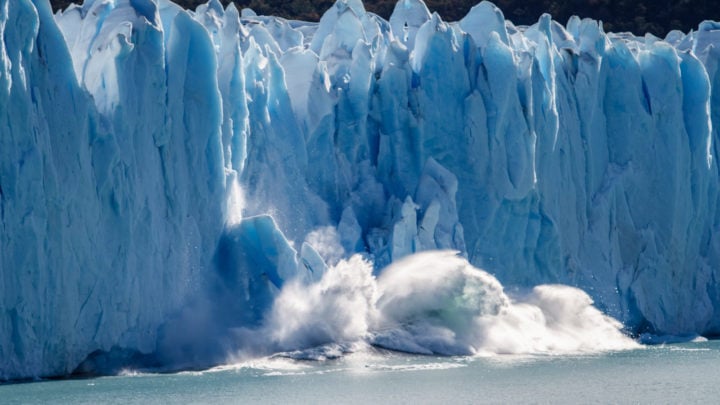 If your bank comes crashing down - does your money go with it? Source: Getty.

The stock market falls and expected downturn in the economy as a result of Covid-19 has some people thinking about the safety of Australian banks. What happens if there’s a run on the banks or, even worse, a bank collapses?

Luckily, the federal government foresaw this issue during the Global Financial Crisis and set up the Financial Claims Scheme (FCS), which means there is significant protection for bank account customers. As Rob Lockhart from the Davidson Institute told viewers in a recent Starts at 60 webinar, Australia has some of the world’s safest banks, meaning that even in these uncertain times, account holders’ money is protected.

What is the FCS?

The FCS began as a response to the GFC in 2008, with the government setting it up to protect deposits in banks, building societies and credit unions.

Under the scheme, certain deposits held with these institutions are protected up to a limit of $250,000 per person, per institution in the event of a bank closure. This is why it’s recommended that those who have more than this amount in savings spread their money across multiple deposit accounts with several institutions to reduce the risk of losing money in the case of a collapse.

Lockhart says that the guarantee even works in the case of deposit accounts under a joint name, as any funds under the FCS limit will be divided per joint account holder rather considered to be held entirely under one name. “If I’ve got $300,000 in an account with my wife, then $150,000 of that adds up to my $250,000, and $150,000 adds up to her $250,000, with any additional accounts that we may have,” he explains.

The FCS will only come into effect if activated by the government when an institution fails. Once activated, the scheme will be administered under monitoring by the  Australian Prudential Regulation Authority (Apra).

What is covered by the FCS?

It’s important to know, however, that branches of foreign banks in Australia, foreign branches of Australian banks that are located overseas and finance companies and other financial institutions that are not authorised by Apra aren’t covered by the FCS. This means Bank of China Ltd, Citibank NA and ING Bank NV aren’t covered.

It’s also important to remember that a bank, building society, credit union or financial institution may operate multiple brands or businesses under a single banking licence held with APRA. For example, Westpac owns St George Bank, Bank of Melbourne and Bank SA, while NAB owns U Bank and Commonwealth Bank of Australia owns Bankwest. The FCS covers only $250,000 per account holder under each banking licence, however, so account holders with accounts at multiple brands that are owned by the same parent company would find their accounts covered only up to the $250,000 cap.

How do I get my money back?

If a bank did collapse, Apra permits account holders to specify how they would like their funds returned to them, either by cheque, electronic funds transfer into a nominated bank account or via payment into an account of the same kind at another financial institution that Apra would establish on behalf of the account holder.

Apra will endeavour to transfer the funds within seven working days, however, in some circumstances it may take longer. Payments under the $250,000 threshold will be adjusted to include the interest up to the time the government declares that the FCS had been put in place but fees, charges and tax will be deducted from the funds before they are returned to account holders.

Lockhart urges Australians to take comfort in knowing all funds under $250,000 would be protected regardless of the outcome of Covid-19. “Our banks are strong and we have this guarantee so your money is safe and you don’t need to worry about it,” he says.

Have you ensured your funds are spread across several institutions?