‘Can I retire overseas, then return to claim the Age Pension at the right age?’ 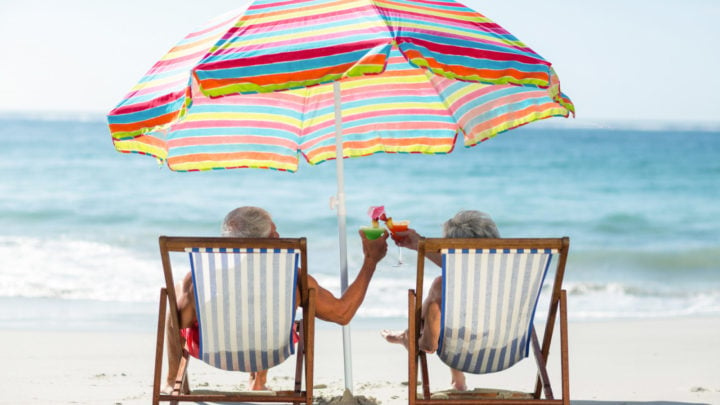 Tom Ellison says in theory, retiring overseas sounds great but in practice - it might not be the smartest idea. Source: Getty.

Q: I am 62 next year and am self-employed but doing manual work has deteriorated my body so I’ll need to retire early. I’d like to retire to Thailand but aren’t sure how this fits with the Age Pension, which I won’t be eligible to receive until I’m 67. I could fund my early retirement by using my superannuation or through selling my home or renting it out but can I go to Thailand for the next five years and return when I’m 67 to claim the pension? Or do I need to stay in Australia until I’m 67 in order to be eligible to claim the pension, then go overseas?

I’d ensure that my primary residence is wherever is required for me to receive the Age Pension and that I returned to Australia as often as required to be and remain eligible, but without knowing the rules, I can’t make an informed decision on any of those matters. And like most people, I’ll need the pension to stay retired!

A: Heading off to Thailand sounds like a great idea from a lifestyle perspective, but in terms of getting the Age Pension? Not so much…

Leaving aside income and assets assessments, to qualify for Age Pension, you only need to pass two hurdles. First, you need to be old enough (you’ve got that one sorted). Second, in most cases, you need to be an Australian resident. But a lot hinges on that word ‘resident’. For example, if you moved to Thailand for the next five years then flew back to claim Age Pension, I’m betting Centrelink would argue you reside in Thailand. In other words, that’s where your home is, even if you’ve kept a house in Australia.

If there’s any doubt, Centrelink will look at a whole range of factors, including your ties to Australia, your commitments in Thailand, and your travel history. If you’ve been away more than three years, it would be hard to argue you’re still living in Australia. OK, you could say you’ve been a resident of Thailand but now you’re back for good. You’d then be called a ‘former resident’, and qualify for Age Pension. But there’s a catch – if you’re a ‘former resident’ and leave Australia again within two years, your pension will stop.

Why do these rules exist? Because the government’s trying to put a stop to FIFO (fly in, fly out) pensioners – the ones who land in Australia, claim a pension, then disappear. The simplest solution for you might be to stay in Australia most of the time until your pension is granted, and then you’re free to fly. After 26 weeks overseas, your rate of pension will depend on what’s called your Australian Working Life Residency (AWLR). As long as you’ve spent a total of 35 years as an Australian resident between 16 years of age and 67, your pension won’t change.

One final thought – if your body’s wrecked after a lifetime of manual work, it might be worth applying for Disability Support Pension, which would help you financially in the years before you turn 67.

Have you considered an overseas retirement? Where would you like to settle?