Age Pension income and assets tests: What you need to know now 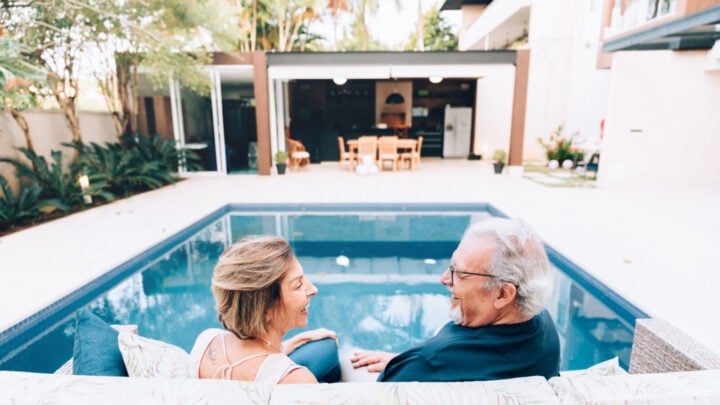 For the assets test, the house you live in is really the only thing that isn't taken into account. Source: Getty

The good news first: Centrelink’s income and assets tests are now way less complicated than they once were. The not-so-good news? It’s still a flawed system. People with similar levels of income and assets can be treated totally differently and end up with different amounts of Age Pension.

There’s not enough space today to tell you everything about the system. So, we’re going to take a look at the main things you should know about the income and assets tests.

Income and assets limits are indexed each year. The numbers I’ve used are those that apply from July 1 , 2021.

Back when I worked for Social Security (yes, before it was called Centrelink), the system was, well, let’s just call it a dog’s breakfast. Income from shares was treated one way, income from bank accounts and term deposits another. Pensioners were keeping their cash in cheque accounts (which paid no interest) just to maximise their pension. At the time, term deposit rates were about 15 per cent.

Deeming was introduced to encourage people to get better returns from their deposit investments.

It’s a system that assumes (or deems) you’re getting a certain return on your investments, even if you’re getting a higher (or lower) interest rate. It copped some flak when it was brought in, and still does (usually when the government is slow to align deeming rates to market rates). It’s not a perfect system, but it’s way better than what came before.

In the early days, deeming only applied to bank accounts and term deposits. Now, it’s used to assess income from what Centrelink calls ‘financial investments’. Those include cash, term deposits, shares, property trusts, account-based pensions and superannuation (if you’ve reached pension age). The value of all your financial investments is added up and assumed to be earning the current deeming rate.

At the moment, the following deeming rates apply:

If you’re already retired, chances are your income outside the Age Pension is just from financial investments. But if you’re still working, have business income or rental income from a property, that’s taken into account as well.

The income test adds your deemed income to income from other sources to arrive at a total.

At this point, some of you might be thinking, we’ve got a problem here… A couple of problems, actually. First, there are those deeming rates. If you’re after a safe investment, the highest term deposit rate currently on offer by a major bank is 0.35 per cent, way below the upper deeming rate.

There’s a bigger problem though. As interest rates (and retiree incomes) have dropped, retirees haven’t necessarily had a rise in Age Pension to help meet the gap. For that, we can blame the assets test.

For the purposes of the Age Pension, nearly everything you own is considered an asset. The house you live in is the only real exception. Everything else: cars, boats, caravans, your financial investments, even your furniture is taken into account.

To work out whether you’re affected, add up everything you own (at garage sale prices, not replacement cost) and compare the total to the following table:

To get the full pension, you’ll need to have assets below those limits. Once you go over, your pension starts reducing.

When you go over the assets in the next table, then that’s it – no more pension.

You can’t pick and choose

Unfortunately, you can’t pick and choose between the income and assets tests. Centrelink will run the numbers on both, and the test that results in the lower pension payment is the one you’re stuck with. Increasingly, retirees are being assessed under the assets test, even though their investments are only generating piddly levels of income.

What are your thoughts on the income and assets tests?