Daily Joke: An unhappy couple decided to go to a therapist 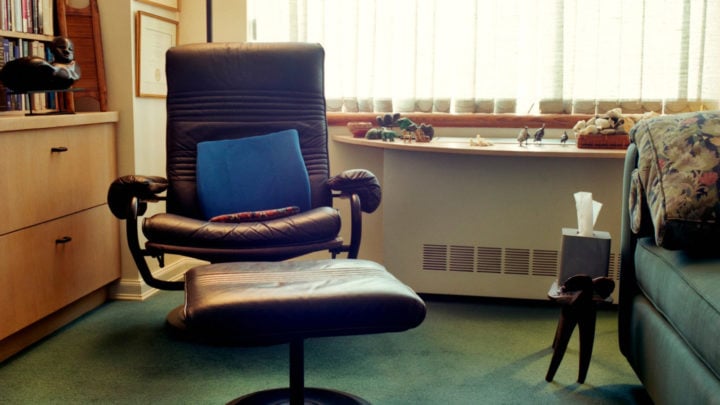 When asked what the problem was, the wife went into a tirade listing every problem they had ever had in the years they had been married. Source: Getty.

After 35 years of marriage, a husband and wife went to counselling. When asked what the problem was, the wife went into a tirade listing every problem they had ever had in the years they had been married.

Finally, after allowing this for a sufficient length of time, the therapist got up, walked around the desk and after asking the wife to stand, he embraced and kissed her long and passionately as her husband watched – with a raised eyebrow. The woman shut up and quietly sat down as though in a daze.

The therapist turned to the husband and said: “This is what your wife needs at least three times a week. Can you do this?”

“Well, I can drop her off here on Mondays and Wednesdays, but on Fridays, I golf.”

Starts at 60 Daily Joke: A boy failed his maths test

A father and son were talking about the son’s failed maths test.

“Why did you fail your mathematics test?” the father asked.

Starts at 60 Daily Joke: A bus driver was heading on his normal route

One fine day, a bus driver went to the bus garage, started his bus, and drove off along the route. There were no problems for the first few stops, a few people got on, a few got off, and things went generally well.

At the next stop, however, a big hulk of a guy got on. He was six foot eight, built like a tank, with his arms hanging down to the ground. He glared at the driver and said: “Big John doesn’t pay!”

Then he walked to the back of the bus and sat down.

Naturally, the five-foot tall driver didn’t argue with Big John, but he wasn’t happy about it.

The next day the same thing happened – Big John got on again, made a show of refusing to pay, and sat down. And the next day, and the one after that, and so forth. This grated on the bus driver, who started losing sleep over the way Big John was taking advantage of him. Finally he could stand it no longer.

He signed up for body building courses, karate, judo, and all that good stuff. By the end of the summer, he had become quite strong; what’s more, he felt really good about himself.

So on the following Monday, Big John once again got on the bus and said: “Big John doesn’t pay!”

The driver stood up, glared back at the passenger, and screamed: “And why not?”

With a surprised look on his face, Big John replied: “Big John has a bus pass.”