Daily Joke: A school teacher sent her student home with a note 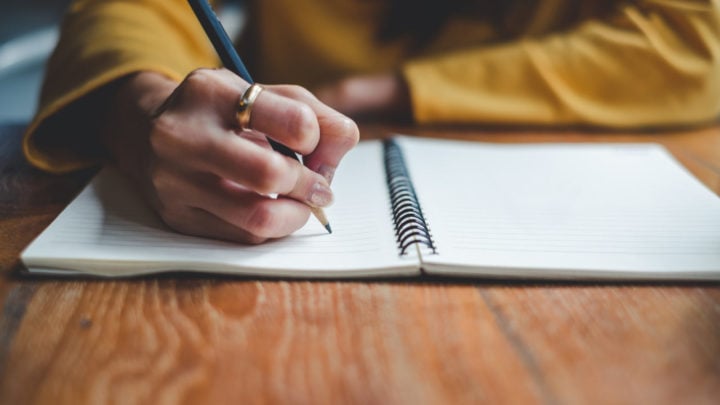 The teacher wrote his mother a note. Source: Getty.

One day a school teacher sent her student home with a note for his mother.

The note read: “Your son is an obedient and bright student, but spends too much time talking to girls.”

The next day the student returned with a note from his mother to be handed back to the teacher. It read: “Please advise a solution. Father has the same problem.”

Daily Joke: A man is stopped by a police officer

A man who is driving is stopped by a police officer. The man says: “What’s the problem, officer?”

The man gives his wife a dirty look. While the officer says: “I’m also going to give you a ticket for your broken brake light.”

Once again the man’s wife leans over and says: “Oh, Harry, you’ve known about that brake light for weeks.”

The man gives his wife another frustrated glare.

“I’m also going to give you a citation for not wearing your seatbelt,” the officer says.

The man answers: “Oh, I just took it off when you were walking up to the car.”

“Oh, Harry, you never wear your seatbelt,” the wife says without a pause.

The man turns to his wife and yells: “Shut your mouth!”

The officer turns to the woman and asks: ‘Ma’am, does your husband talk to you this way all the time?”

The wife answers: “No, only when he’s been drinking!”

Daily Joke: An elderly woman went into the doctor’s office

An elderly woman went into the doctor’s office. When the doctor asked why she was there, she replied: “I’d like to have some birth-control pills.”

Taken aback, the doctor thought for a minute and then said: “Excuse me, Mrs Smith, but you’re 72 years old. What possible use could you have for birth control pills?”

The woman responded: “They help me sleep better.”

The doctor thought some more and continued: “How in the world do birth control pills help you to sleep?”

The woman said: “Simple. I put them in my granddaughter’s orange juice every morning and I sleep better at night.”