Daily Joke: A priest and a taxi driver both died and went to heaven 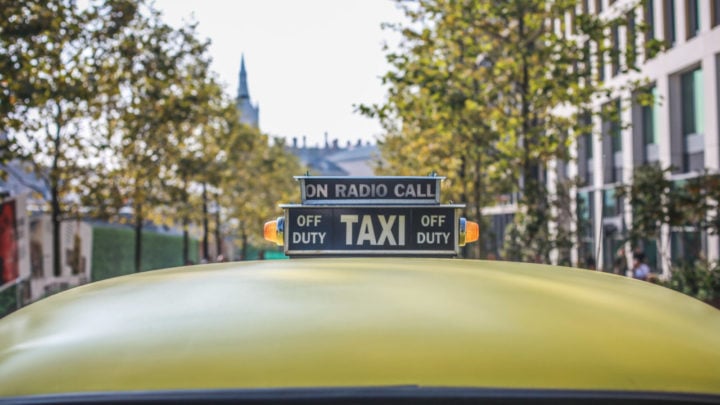 A priest and a taxi driver both died and went to heaven. St Peter was at the Pearly gates waiting for them.

“Come with me,” said St Peter to the taxi driver.

The taxi driver did as he was told and followed St Peter to a mansion. It had anything you could imagine from a bowling alley to an olympic size pool.

Next, St Peter led the priest to a rugged old shack with a bunk bed and a little old television set.

“Wait, I think you are a little mixed up,” said the priest. “Shouldn’t I be the one who gets the mansion? After all I was a priest, went to church every day, and preached God’s word.”

“Yes, that’s true. But during your sermons people slept. When the taxi driver drove, everyone prayed.”

Carl, Bob and Brett found themselves in Hell. They were a little confused at their current situation when they suddenly saw a door in the wall open, and behind it was perhaps the ugliest woman they had ever seen. She was short, dirty and you could smell her stench from far away.

The voice of the Devil was heard: “Brett, you have sinned! You are condemned to spend the rest of eternity in bed with this woman!” And Brett was whisked through the door to his torment.

This understandably shook up the other two, and so they both jumped when a second door opened, and they saw an even more disgusting example of womanhood gone wrong. She was massively tall, monstrous, covered in thick black hair with flies circling her.

The voice of the Devil was heard: “Carl, you have sinned! You are condemned to spend the rest of eternity in bed with this woman!” And Carl, like Brett, was whisked off.

Bob, now alone, felt understandably anxious, and feared the worst when the third door opened. And as the door inched open, he strained to see the figure of… Cindy Crawford. Delighted, Bob jumped up, taking in the sight of this beautiful woman, dressed in a skimpy bikini. Then he heard the voice of the Devil saying: “Cindy, you have sinned.”

Daily Joke: A group of friends went to a new restaurant

A group of friends went to a new restaurant and noticed that the waiter who took the order carried a spoon in his shirt pocket. It seemed a little strange.

When another waiter brought the water and cutlery, one of the men noticed he also had a spoon in his shirt pocket. Then he looked around and saw that all the staff had spoons in their pockets.

When the waiter came back to serve the soup the customer asked: “Why the spoon?”

“Well,” he explained. “The restaurant’s owners revamped all our processes. After several months of analysis, they concluded that the spoon was the most frequently dropped piece of cutlery. It represents a drop frequency of approximately three spoons per table per hour. If our staff are better prepared, we can reduce the number of trips back to the kitchen and save 15 man-hours per shift.”

As luck would have it, the customer then dropped his spoon and the waiter was able to replace it with his spare.

“I’ll get another spoon next time I go to the kitchen instead of making an extra trip to get it right now.”

“Oh, certainly!” Then he lowered his voice. “Not everyone is so observant. The owners also found out that we can save time in the bathroom. By tying this string to the tip of you know what, we can pull it out without touching it and eliminate the need to wash our hands, shortening the time spent in the bathroom by 76.39 per cent.”

The customer asked: “After you get it out, how do you put it back?”

“Well,” he whispered. “I don’t know about the others, but I use the spoon.”