Daily Joke: A police officer in a small town stopped a motorist 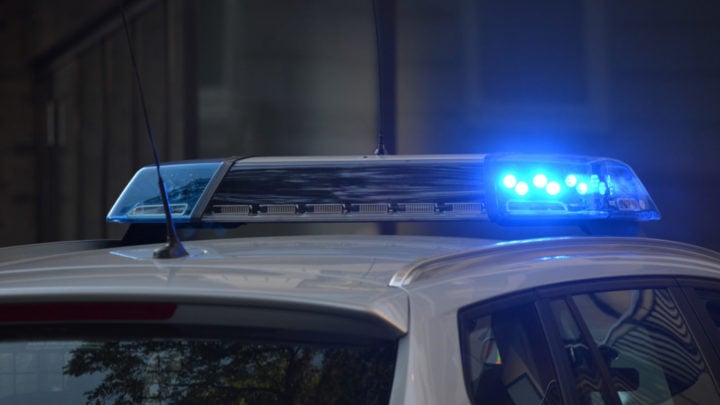 "And I said to keep quiet! You're going to jail!" Source: Pexels.

A police officer in a small town stopped a motorist who was speeding down the main street.

“Just be quiet,” snapped the officer. “I’m going to let you cool your heels in jail until the chief gets back.”

“But, officer, I just wanted to say…”

“And I said to keep quiet! You’re going to jail!”

A few hours later the officer looked in on his prisoner and said: “Lucky for you that the chief’s at his daughter’s wedding. He’ll be in a good mood when he gets back.”

“Don’t count on it,” answered the fellow in the cell. “I’m the groom.”

Daily Joke: A guy walks into a bar and orders 12 shots

A guy walks into a bar, orders 12 shots and starts drinking them as fast as he can.

The bartender asks: “Dang, why are you drinking so fast?”

“You would be drinking fast, too, if you had what I had,” the guy replies.

The bartender asks: “What do you have?”

Daily Joke: Two hunters got a pilot to fly them into the far north

Two hunters got a pilot to fly them into the far north for elk hunting. They were quite successful in their venture and bagged six big bucks. The pilot came back, as arranged, to pick them up. They started loading their gear into the plane, including the six elk. But the pilot objected and he said: “The plane can only take four of your elk. You will have to leave two behind.”

They argued with him, the year before they had shot six and the pilot had allowed them to put all aboard. The plane was the same model and capacity.

Reluctantly, the pilot finally permitted them to put all six aboard. But when the attempted to take off and leave the valley, the little plane could not make it and they crashed into the wilderness. Climbing out of the wreckage, one hunter said to the other: “Do you know where we are?”

“I think so,” replied the other hunter. “I think this is about the same place where we landed last year!”