Daily Joke: The trench coat man, the hamster and the frog 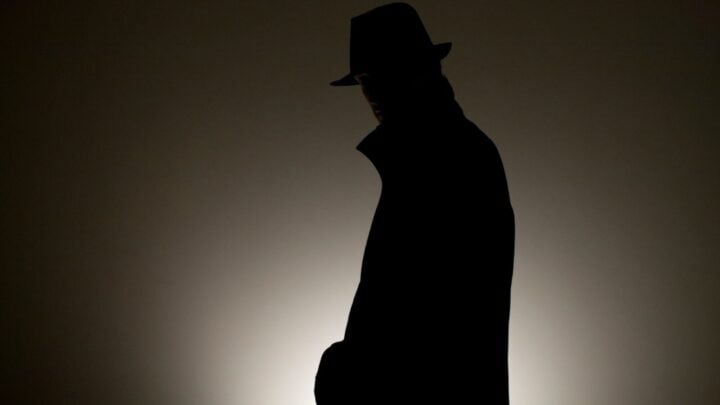 A shady trench coat with an almost as shady wearer appeared in the doorframe, a big bulge in both pockets. Source: Getty Images

It was a busy day at the café. A lot of customers were enjoying their breakfast, until the door slammed open. A shady trench coat with an almost as shady wearer appeared in the doorframe, a big bulge in both pockets. He approached the counter, as silent as the entire café, exchanging glares with the customers.

He made a straight line to the counter, and then said, “I am hungry. I can’t pay for a cappuccino and a croissant with money. But … I can show you something amazing. Deal?”

The café attendant pondered the offer for a second and then replied, “Well, if you can entertain my customers, you have a deal, Sir.”

The man opened his right pocket, to take out a tiny replica of a piano. From the left one, he took out an hamster, placing both on the counter. The hamster, after sniffing the keys for a second, sat on the little stool in front of the piano, after which he started hitting the keys with incredible proficiency. The witnesses in the café couldn’t believe what they were seeing. The hamster was playing the ‘Moonlight Sonata’.

At first, people believed it must have been a trick. They tried to ask the hamster for different songs, and if it was in the hamster’s repertoire, he delivered with ease. He knew some ragtime, classical music, even some pop songs. People were ecstatic. The man got his croissant, a cappuccino, some liquor, a slice of cake, and anything else that would keep that wonderful hamster performing.

After a while the man was satisfied of the food provided, so he left, saying that maybe he’ll come back again for another show.

News of this remarkable hamster spread. The following days the café was brimming with customers, but the man did not come. He didn’t come the second day, or the day following that. It wasn’t until a week later that the door of the café was flung open again.

The same shady man in the trench coat appeared, only this time he had an additional bulge in the chest pocket. The scene was the same as last time, only that the people had to make a corridor to let the man reach the counter. Before he could say anything, the café attendant said, “If you can put up a performance here again, you can eat whatever you want. On the house”.

Without saying anything, the man took out the hamster and the piano from the pockets, but then he also extracted a frog from the front pocket of the coat.

The hamster wiggled his paws and then looked at the frog. The frog stood on her back legs, a tiny mike in her hands. A little nod to the hamster, and the performance begun. The hamster played a new yet familiar song, and the frog started to sing, with the voice of a talented star.

“Do you ever feel… like a plastic bag…” She started to dance on the stage while she was singing. It was an awesome rendition of Katy Perry’s ‘Firework’. The hamster kept playing the melody to perfection, much to the cheer and amusement of the customers.

“Boom boom boom… Even brighter than the moon moon moon!” the frog ended the song, stopping to jump and landing back on four legs like nothing happened.

The crowd went absolutely bananas. A man, with a curious moustache, ran to the trench coat man and said, “Sir I am a talent scout. I’d like to purchase your frog. I offer you a million, right here right now, in cash, for her.” He opened a suitcase full of money right in his face.

Two muscular body guards reached them, with a contract, already filled, and two other suitcases full of money. After they hastily completed the transaction and they ensured the money had been deposited at the bank, they rushed out with the frog.

The café attendant, shocked by the scene, then said to the man, “Sorry to say it man, but you got scammed. Three million? That frog is like an endless gold mine. They are going to make 20 times, maybe 40 times more money than that…”

“Nah, the frog was miming,” the trainer admitted. “The hamster is also good at ventriloquism.”