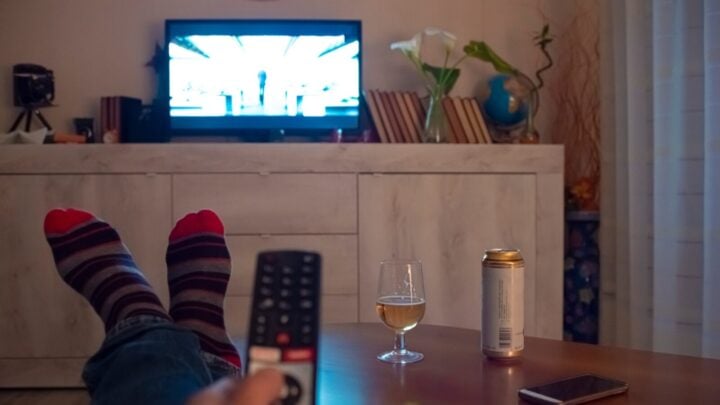 Have you heard these cracking jokes about family and marriage? Source: Getty Images

A man and his wife were sitting in the living room discussing a ‘living will’.

“Just so you know, I never want to live in a vegetative state, dependent on some machine and fluids from a bottle,” the husband said.

His wife got up, unplugged the television and threw away all his beer.

One day a boy asked his grandfather, “Hey Grandpa, can you make a frog sound?”

“Sure I can,” replied the grandfather. “But why did you want to know?”

“Well,” says the boy, “Grandma says that when you croak, we can all go to Hawaii.”

Every year on my birthday, I look forward to my aunty’s gift. She will send me something knitted — a scarf, a hat, a jumper etc.

This year though she must have been a bit busy. In the mail for my birthday I received a ball of yarn, knitting needles and a ‘How To Knit’ book.

An elderly man in Perth called his son, Darren, in Brisbane and said, “I hate to ruin your day, but your mother and I are divorcing. It’s been 45 years of misery and we’ve had enough! I’m sick of her and I’m sick of talking about this. I’ll leave it with you to call your sister in Sydney and tell her the news.”

The son was gobsmacked. He quickly called his sister who was shocked and outraged that her parents would divorce.

She quickly called her father and said, “Daddy, you and Mum are not getting a divorce. Don’t do a single thing! Darren and I are organising our flights and we’ll be there tomorrow.”

The father hangs up the phone, turns to his wife and said, “Good news, Honey! They kids are coming for a visit and they are paying their own way.”

A couple drove down a country road for several kilometres, not saying a word to each other. They’d had an earlier discussion that led to an argument and neither of them wanted to concede their position.

They were passing a farm yard full of goats, donkeys and pigs. Without taking his eyes off the road, the husband says to his wife, “Relatives of yours?”