Protect those pearly whites! How diabetes can affect your oral health 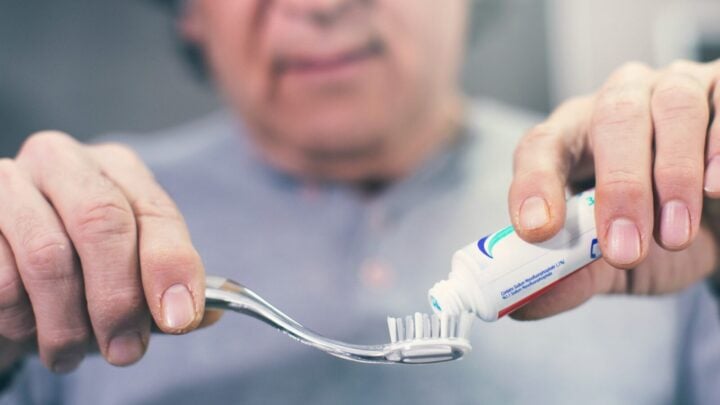 One of the best ways to keep your mouth healthy is to establish a good at-home oral care regime. Source: Getty.

Diabetes, which is the fastest-growing chronic condition in the country, not only affects the body’s insulin production, but it can also affect your oral health. In fact, people with poorly controlled diabetes are at an increased risk of developing tooth and gum problems, Tabitha Acret, a dental hygienist at Airflow Dental Spa, tells Starts at 60. This is because they have lowered resistance to infection and may not heal as easily. So to better understand this, with the help of Tabitha we’ve taken a look at the most common oral health problems associated with diabetes.

She says some medications used to treat diabetes can cause dry mouth (when a person does not produce enough saliva) or taste disturbance (an altered or impaired sense of taste). “If this treatment is combined with poor lifestyle choices such as smoking then the likelihood is again increased,” she adds.

And anyone who has lived with dry mouth will know just how frustrating it can be — it can lead to a dry, uncomfortable feeling in the throat, frequent thirst, sores in the mouth and speech difficulties. Not to mention, a lack of saliva in the mouth can also lead to tooth decay and cavities. It doesn’t help that people living with diabetes also have more glucose in their saliva, which can increase your chances of developing tooth decay since bacteria feed on sugar.

“Tooth decay and reoccurring discomfort and pain are telling signs you should visit the dentist immediately,” Tabitha says.

People with diabetes may also be more likely to develop oral thrush, which is a fungal infection caused by an overgrowth of the yeast, known as Candida albicans. The fungus thrives on the high glucose levels in the saliva, while poor resistance to infection and dry mouth can also contribute. Oral thrush causes white or red patches on the skin of the mouth, which can result in discomfort and ulcers.

Diabetes that is not managed well can also lead to periodontal, more commonly known as gum disease, Tabitha says. This is because people living with diabetes have high blood sugar levels, poor resistance to infection and reduced healing capacity.

Tips for keeping your mouth healthy

Tabitha says one of the best ways to keep your mouth healthy is to visit your dentist regularly. “Be sure to tell your dental team of your diabetes diagnosis so they are aware of your increased risk of dental disease,” she adds.

If you have diabetes, Tabitha has a few suggestions on how you can look after your oral health:

What are your thoughts on this? Were you aware of this link?