Is wheat bad for you? A nutritionist weighs in 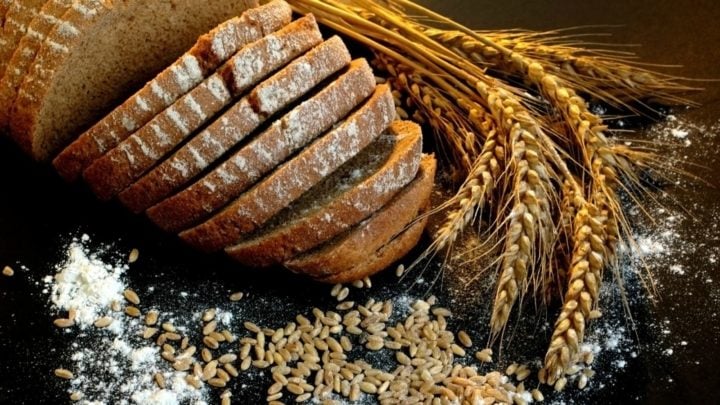 Our health expert discusses whether wheat is bad for you. Source: Getty.

Q: Is wheat bad for you?

Despite its bad rap, wheat has many positive traits. Whole wheat is a great source of fibre and loaded with beneficial vitamins such as B6, iron, zinc, and selenium. However, not all foods with wheat are equally healthy. Highly-processed carbs like white bread or wheat products with added sugar, such as biscuits and cake, can wreak havoc on your health.

Generally, when it comes to wheat, most of the concern comes from the fear of gluten. Most people tolerate gluten just fine, though people who have coeliac disease have to avoid this it at all costs as their body is unable to digest it. There are people who don’t test positive for celiac disease but still react negatively to gluten. Their symptoms range from diarrhoea, stomach pain and tiredness to bloating and depression.

Q: My husband tells me foods that contain lectins like tomatoes and eggplants are bad for you. Is this true?

Lectins are a family of proteins found in many foods, especially legumes and grains. Lately, there has been a lot of talk about lectins causing increased gut permeability and even autoimmune diseases.

Supporters of the paleo diet claim that lectins are harmful, and that people should remove all legumes and grains from their diet. The fact is, certain (raw) lectins are toxic and cause harm when consumed in excess, though through proper preparation most of the lectin content can be eliminated. Soaking and boiling legumes in water eliminates almost all lectin activity.

Tomatoes and eggplants are nightshade vegetables. Nightshades are nutrient-dense foods that provide a number of health benefits through their vitamin, mineral, and fibre content. Nevertheless, there have been claims that suggest nightshades should be avoided. Most of these claims focus on alkaloids, a nitrogen-containing substance found in the leaves and stems of nightshades. They function as a natural insect repellent and are often very bitter.

While research on this is still very limited, a few studies in animals suggest that the alkaloids in nightshades potentially further aggravate the intestinal lining. People with autoimmune diseases such as inflammatory bowel disease (IBD) believe these foods are contributing to their health problems, and thus have eliminated nightshades from their diets.

If you have a question for Starts at 60’s health experts, email it to [email protected].

Do you have a question for our Starts at 60 health experts?