Aussies over 50 putting themselves at risk of going blind, experts warn 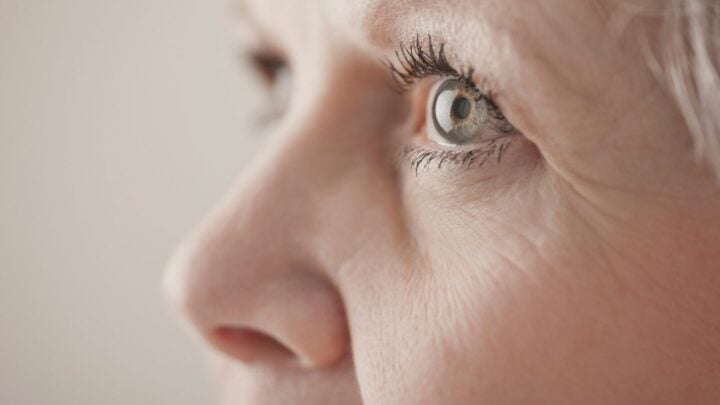 Australians over the age of 50 can be at risk of vision loss. Source: Getty.

Experts have warned that some Australians might be gambling with their health without even knowing it. It comes as a new survey revealed that one in ten Aussies in their 50s could be putting themselves at risk of going blind by not being able to identify the major risk factors for age-related macular degeneration (AMD), which is Australia’s leading cause of blindness.

The new information comes from the Macular Disease Foundation Australia (MDFA) and is said to affect the one in seven Australians over the age of 50 who show early signs of AMD, with many of those not even knowing they have it until it’s too late.

The survey looked at those aged between 50 to 59 and found that two thirds were aware that age was a risk factor of AMD, while less than half were aware of the strong hereditary risks. Worryingly, more than a third of the people in this “at risk” age group either hadn’t had an eye exam in the past two years or couldn’t recall when their last one was.

According to Dee Hopkins, CEO of MDFA, having a strong education on this area of health is particularly important for those in their 50s who are often known as the “sandwich” generation.

“They’re often juggling the needs of kids and elderly parents. It’s also the age when a lot of other health tests are required. Unfortunately, eye exams often get pushed to last on the list when people are time poor,” she said. “Fifty-year-olds don’t feel old, and while they’re aware of age-related macular degeneration, they associate the disease with the elderly. They don’t realise that turning 50 is a key risk factor.”

For instance, smoking is one of the major risk factors when it comes to AMD however only 7 per cent of Australians who were surveyed could correctly identify this. Smokers are three to four times more likely to develop AMD and the onset of the disease occurs five to 10 years later.

“If you do have AMD, smoking can compromise treatment for wet (neovascular) AMD – one of the most aggressive, sight-threatening forms of macular disease,” he said. “What’s concerning is that the survey showed people who smoked in the past decade were half as likely to have had macular checks in the past two years (36 per cent, compared with 64 per cent of non-smokers).”

In an effort to reeducate this at-risk age group, Hopkins said MDFA have developed an online test known as Check My Macula for those over 50 to not only better understand the symptoms to look out for but also to identify their own risk factors for macular disease.

“Check My Macula is an online quiz that aims to remind Australians to add an eye exam, including a check of the macula, to the ‘shopping list’ of other health tests we’re told to tick off when we turn 50,” she explained.

The five question quiz is said to be a solution for the large majority of Australians who consistently rate their eyesight as their most precious sense yet fail to prioritise essential eye checks.

When was the last time you had your eyes checked?