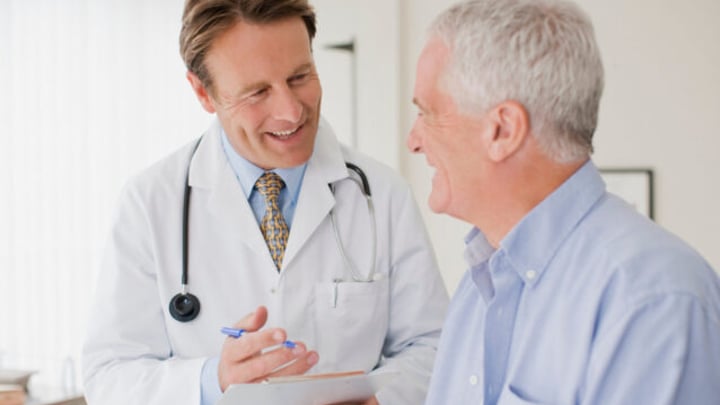 With age comes an increase in the number of health ailments, and alongside such ailments is the need for regular medical testing and check-ups. Source: Getty Images.

Entering old age is often considered your golden years, a glorious time to relish what you’ve earned, enjoy yourself and make the most of your newfound free time.

However, with age comes an increase in the number of health ailments, and alongside such ailments is the need for regular medical testing and check-ups. Now is the time to feel good, retain your independence and feel happy and healthy but in order to do that you need to take charge of your health and ensure you are receiving necessary health checks and tests.

Unfortunately, research conducted as part of Men’s Health Week by Healthy Male, a national organisation that provides information for men’s health, found that up to one-third of men indicated they would not seek information about private health issues such as erectile dysfunction, loss of libido, urinary tract infections, and sexually transmitted diseases.

Healthy Male CEO Simon von Saldern said although many men attempt to remain in charge of several aspects of their lives this, unfortunately “doesn’t always extend to their health”.

“The idea of being perceived as weak for what should be basic health-seeking behaviours is a stigma Healthy Male wants to eliminate,” he said.

“Men must seek support early in response to their health and not wait until the health becomes problematic. Addressing any misconception that asking for help is a sign of weakness and encouraging men to make informed decisions on evidence-based information, are a few ways we can encourage men to understand and overcome these barriers and prioritise their health.

“Not acting on your health and health concerns only has one outcome…and it’s never good. Too many guys say ‘I know what they’re going to tell me’ and then do nothing. You owe it to yourself to be as healthy as you can be. You also owe it to your family and friends.”

As von Saldern highlights the importance of early intervention when a health problem rears its ugly head cannot be understated but for men over 60 it’s also vital to closely monitor their health in order to prevent the progression of common health problems that present in older age.

“Men over 60 should have an annual check-up booked with their GP – getting on top of changes and issues early is the key. The GP will do things such as monitor your blood pressure, cholesterol, general heart health etc. After 65 it’s a good idea to get a hearing test annually and you should have, for some time now, been getting your eyes tested annually,” von Saldern explained.

“And of course keeping active and ensuring that you have good social connections is really important. Stay active and stay engaged. And if you are not already then get active and get engaged.

“Movement is one of the key ingredients to good health as is social engagement. Loneliness is a growing epidemic in men over 60 and has serious impacts on your health so join a club, group or just try something new that involves people.”

“Basically, our lifestyle catches up with us. As men turn 60 and older, the RACGP recommends that they visit their GP for regular check-ups and also address specific potential issues in relation to cardiac problems, erectile dysfunction, prostate cancer, incontinence, and cancer specifically bladder cancer, bowel cancer, as well as chronic diseases such as diabetes,” he said.

With the commencement of Men’s Health Week (14-20 June) which in the words of von Saldern aims to “increase awareness of general male health issues and to encourage inter- and intra-national institutions to provide better care for health issues affecting men around the world”, Starts at 60 examined some of the most common health ailments impacting men over 60, the symptoms to be on the lookout out for, and what to do if you suspect your health isn’t at its best. One in 6 men will be diagnosed with prostate cancer by the age of 85, according to the Cancer Council. Prostate cancer is more common in older men, with over 63% of cases diagnosed in men over 65 years of age.

Some symptoms to be on the lookout for are experiencing pain during urination, frequent urination, blood in the urine or semen, a weak stream, and pain in the back or pelvis.

Age is a common risk factor for prostate cancer, with the risk increasing after the age of 50. However a family history of cancer, particularly a male relative diagnosed with prostate cancer before 60 can increase the chances of developing the disease.

There are two common methods when testing for prostate cancer, the first is a prostate-specific antigen (PSA) blood test and the other is a digital rectal examination (DRE). The recommendation is to have a PSA blood test every two years from age 50 to age 69. If you have a family history of prostate cancer it’s recommended to get tested earlier. Heart disease is a term used to describe a group of conditions that includes coronary heart disease, arrhythmias, heart failure and valve disease.

Coronary Heart Disease (CHD) is the leading cause of death in Australia, with deaths from CHD representing 78,052 years of potential life lost in Australia, according to the Heart Foundation.

The disease is more common in men with 3.2 percent reported living with the condition compared to 1.7 per cent of women, twice as many males die from coronary heart disease compared to females.

Alarmingly a survey of 1,000 Australians conducted by the Heart Foundation found that 64 percent of people aged between 45 and 74 had not had a Heart Health Check through their GP in the past two years, despite more than half of that cohort having either high blood pressure, high cholesterol, diabetes, or being told that they are at high risk of heart disease by a doctor.

According to WebMD it’s best to check your blood pressure at least once every couple of years, more frequent checks should be conducted if you suffer from other health conditions. Adults should have a cholesterol check at least once every four to six years. 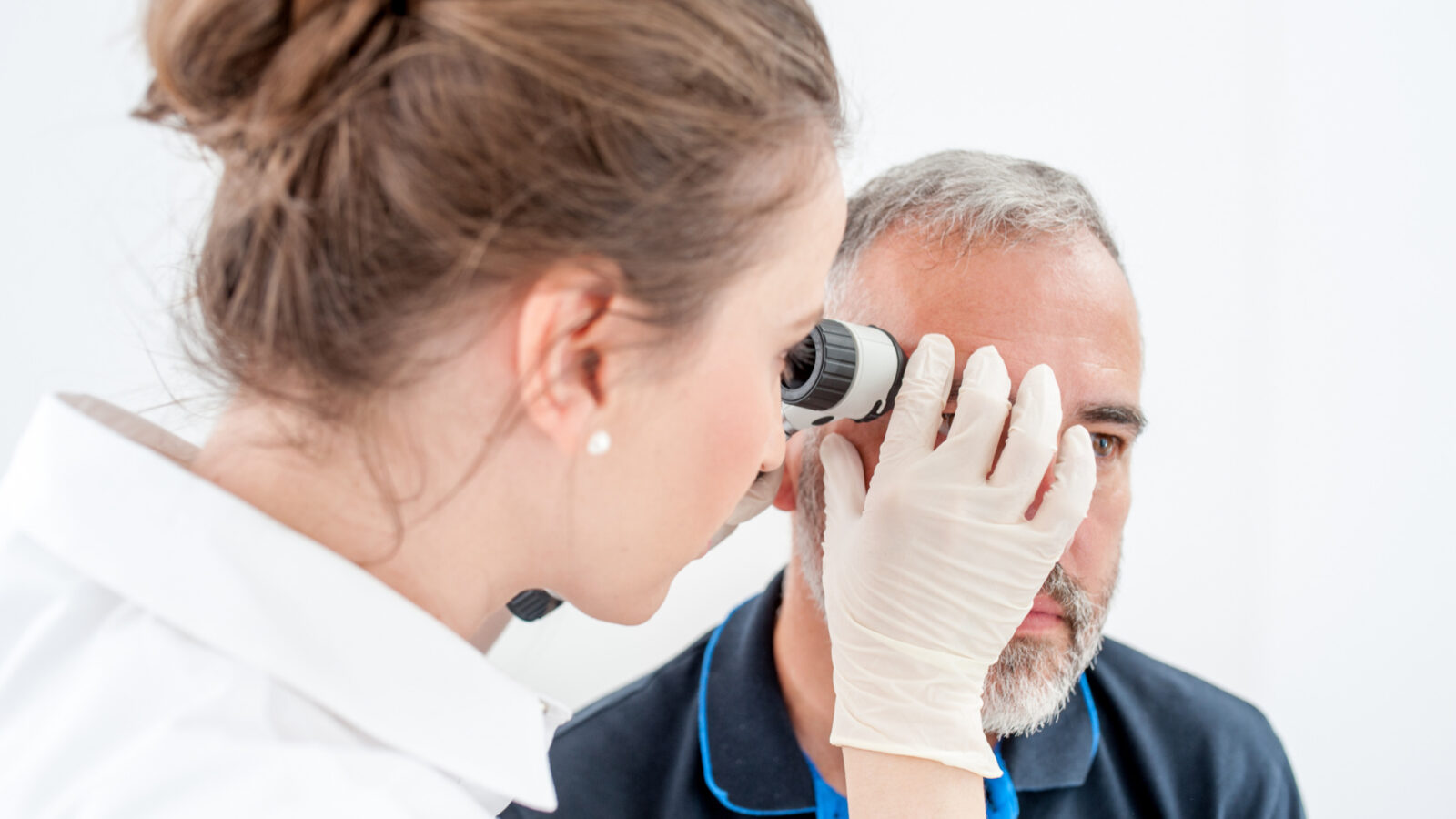 Melanoma is the third most common cancer in Australians and accounts for around 80% of all newly diagnosed cancers among Australians.

It’s important to become familiar with the look of your skin and remain vigilant to any changes. The sooner a skin cancer can be identified the greater the chance of avoiding surgery to remove it.

Queensland Cancer Council‘s Cancer Support and Information General Manager, Gemma Lock, said that when it comes to preventing skin cancer the public should be “checking their skin regularly and becoming familiar with what is normal for them”.

“Skin cancers rarely hurt and are more frequently seen than felt. Things to look out for include, new moles, freckles or lumps, or any changes to existing spots including changes in size, shape or colour as well as any spots with sores that don’t heal over four to six weeks,” she said. 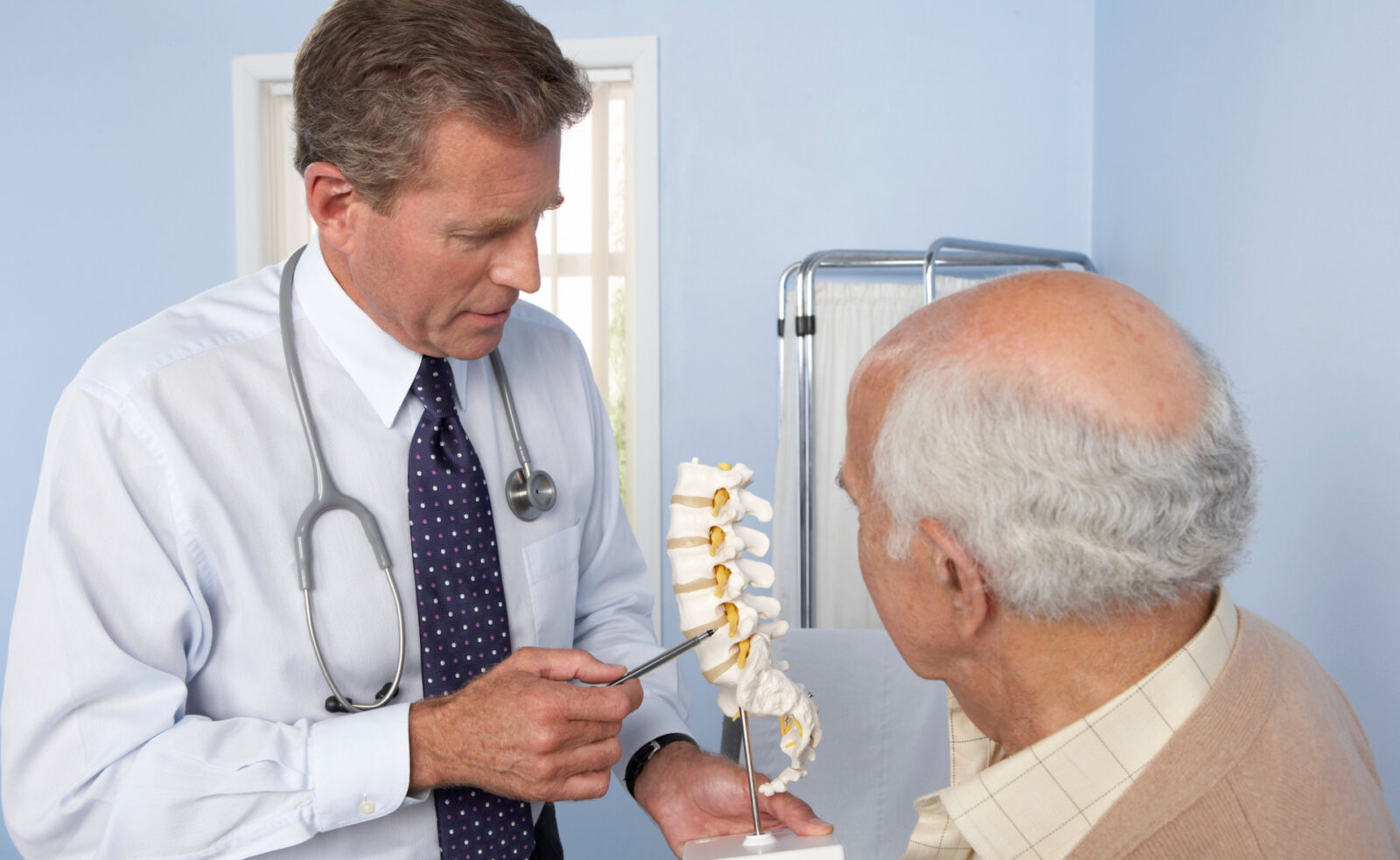 It occurs when our bones lose minerals, such as calcium, more quickly than the body can replace them, resulting in a loss of bone density. An adequate intake of vitamin D and calcium alongside regular physical activity can help maintain healthy bones.

Healthy Bones Australia recommends “women and men over 50 with risk factors for osteoporosis need a bone check up with a bone density scan”. Your GP can provide a referral for a bone density scan. If scan the result shows osteopenia then a scan every one to five years is required, if the results indicate osteoporosis then a scan will be required every one to two years.

Therefore regular medical checks are crucial to ensure the early detection of bowel cancer and greater treatment outcomes. The National Bowel Cancer Screening Program aims to do just that by reducing illness and death from bowel cancer by helping detect the early signs of the disease using a free, simple test that can be done at home.

Dr Nick Musgrave, Anatomical Pathologist and Ambassador for Pathology Awareness Australia said “all types of cancer are most treatable when detected early” and further stressed the importance of the National Bowel Cancer Screening Program.

“Even if you feel well and have a healthy lifestyle it’s important to participate in screening. Unfortunately, not everyone is even aware of the bowel screening program. Currently, participation in the program remains below 45% which is a disappointing result. I would urge people over 50 to participate in screening themselves and also to encourage their family and friends to do so. It might seem like an uncomfortable topic but you could save someone’s life,” he said.

“The test is simple for the patient, and they can collect their sample without leaving home and then post it to the lab.”

This is by no means an exhaustive list of the health conditions that men in their 60s should be on the lookout for, which is why Eranki “strongly recommends” men over 60 “engage the services of a good General Practitioner”.

“A GP acts as the ‘captain of your health’ by liaising with and managing various referrals. It is important to establish a good doctor-patient relationship with your GP so your GP can consider all the available information prior to making decisions,” he said.

“While doctors are trained, it is important that men are vigilant as well.  Regular full blood tests are important and help to detect issues even before they manifest.  Many issues including cancer can be treated with good success if they are identified early.”