Are you at risk of bowel cancer? The signs, symptoms and risks every over 60 should know 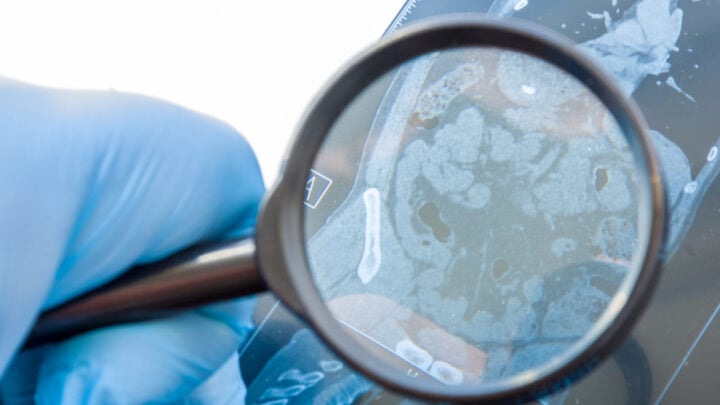 This June marks Bowel Cancer Awareness Month and although the month-long campaign strives to raise awareness regarding the third most commonly diagnosed cancer in Australia and the second leading cause of cancer-related death, it also offers a stark reminder of the importance of early intervention and regular testing.

According to the Cancer Council, each year, about 15,500 Australians are diagnosed with bowel cancer and although it is most common in people over 50, it can develop at any age. Bowel cancer claims the lives of 5,255 people a year.

Bowel cancer typically develops in the inner lining of the bowel and usually begins with growths called polyps, which may become cancerous if left undetected. While the risk of developing bowel cancer increases significantly with age, if detected in its early stages it has a greater chance of being treated successfully.

As Bowel Cancer Awareness Month commences and crucial conversations around the prevention, diagnosis, research, and the treatment of this form of cancer come to the fore, Starts at 60 sat down with the experts to offer an in-depth look at what symptoms to be on the lookout for, the risk factors associated with bowel cancer and what steps to take to prevent bowel cancer developing.

What to look out for – Signs and Symptoms

Medical expert Dr Vivek Eranki, who has worked in emergency departments and across a broad range of medical fields, highlighted the importance of regular medical checks given symptoms can go unnoticed and may not even appear until the later stages of the disease.

“Often the symptoms are not noticeable in the early stages which is why it is important to undertake regular screening. Many people undertake colonoscopies every few years to ensure polyps are removed.  The importance of full blood tests every year is essential for overall good health. This helps to identify potential health issues and also assist with management of your health,” Eranki said.

The importance of regular medical checks is crucial to ensure the early detection of bowel cancer and greater treatment outcomes. The National Bowel Cancer Screening Program aims to do just that by reducing illness and death from bowel cancer by helping detect the early signs of the disease using a free, simple test that can be done at home.

According to a 2017 study by Cancer Council Australia, screening for bowel cancer can reduce deaths from the disease by between 15 and 25 per cent.

Dr Nick Musgrave, Anatomical Pathologist and Ambassador for Pathology Awareness Australia said “in some cases, bowel cancer will have minimal symptoms until late in the disease, making early diagnosis without a screening test difficult.”

“Symptoms of cancer may be mild or non-specific so if you are feeling a bit unwell for any reason it’s a good idea to talk to your GP and they can recommend some investigations to find out the cause,” he said.

“A proportion of bowel cancers do arise at an age younger than 50 years and for that reason, everyone has to be aware of these warning signs and symptoms. If you are symptomatic then you should see your GP as soon as possible regardless of the result of the bowel cancer screening test.

“People at any age should talk to their doctor if they notice any symptoms such as lower abdominal pain, changes in bowel habits, blood in their stool, bloating, tiredness, and unexplained weight loss.”

There are a number of risk factors that contribute to your chances of developing bowel cancer. Age seems to be the most prominent, with the disease more common in people over the age of 50. Other factors that may play a role in the development of bowel cancer include family history, a history of developing polyps, high red meat/ processed meat consumption, being overweight or obese and high alcohol consumption.

Although there is a myriad of factors that can increase the chance of developing bowel cancer, Musgrave points out that “we do see an increased risk with age, which is why the screening program targets those aged 50 plus”.

“Around 90 per cent of cases are diagnosed in people aged 50 plus,” he said.

Musgrave referenced the National Bowel Cancer Screening Program Monitoring Report 2020  that “estimated that a person’s risk of being diagnosed with bowel cancer between the ages of 50 and 74 is 28 in 1,000. This risk is much higher than for those aged 0–49 when the risk is only 5 in 1,000.”

Eranki agrees that with age “the risk increases” and also suggests other causes need to be considered.

“The most common risk factor is genetics and family history and past history of bowel cancer.  Other issues such as stress also need to be considered as this can affect the immune system which in turn affects overall health,” he said.

“Intestinal issues can increase the risk of bowel cancer such as Crohn’s disease, ulcerative colitis.”

“Prevention is key” – How to reduce your risk

As the old adage goes, prevention is better than cure, and when it comes to preventing bowel cancer there are a number of dietary and lifestyle changes people can make to give them the best chance of avoiding the disease.

Eranki states that “prevention is key” and offers a number of simple ways to reduce your risk which include reducing your consumption of red meat, stopping smoking, moving more and keeping active, drinking plenty of water, reducing alcohol intake, and undertaking regular health checks.

According to the World Cancer Research Fund (WCRF) Third Expert Report 2018, between 30 to 50 per cent of cancer can be prevented with a healthy lifestyle, and when combined with regular screening this number increases.

Musgrave backed up these claims, stating “all types of cancer are most treatable when detected early” and further stressed the importance of the National Bowel Cancer Screening Program.

“Even if you feel well and have a healthy lifestyle it’s important to participate in screening. Unfortunately, not everyone is even aware of the bowel screening program. Currently, participation in the program remains below 45% which is a disappointing result. I would urge people over 50 to participate in screening themselves and also to encourage their family and friends to do so. It might seem like an uncomfortable topic but you could save someone’s life,” he said.

“The test is simple for the patient, and they can collect their sample without leaving home and then post it to the lab. The test picks up microscopic traces of blood in the stool which wouldn’t be visible to the naked eye. These can appear long before a person notices any symptoms, and very early in the disease process. A positive result in a bowel screening test does not mean someone has cancer but allows them to have further tests to find the cause of the blood traces. If a cancer is present it can be picked up as early as possible when it is easier to treat.”

The National Bowel Cancer Screening Program to which Musgrave refers aims to reduce death and illness from bowel cancer by detecting the early signs of the disease.

It’s estimated that if 60% of the population performs their bowel screening tests, more than 24,000 additional lives will be saved by 2040.