Don’t feel guilty! Why a sneaky ‘nanna’ nap does wonders 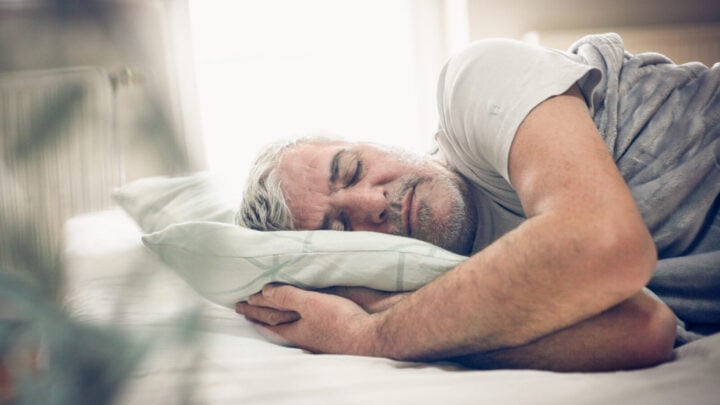 Don’t feel guilty about taking a sneaky siesta! Turns out an early afternoon “nanna nap” could be the secret to a sharper memory, better language skills and a higher level of awareness, a new study has found.

Researchers looked at the sleep patterns of 2,214 healthy people aged 60 and over in several large cities around China. In all, 1,534 took a regular afternoon nap, while 680 didn’t. All participants underwent a series of health checks and cognitive assessments. They classed napping as periods of sleep of at least five minutes but no more than two hours, taken after lunch.

While the study was observational and cannot prove cause and effect, the researchers found taking a regular afternoon nap may be linked to better mental agility. Their findings were published in the online journal General Psychiatry.

“In addition to reducing sleepiness, midday naps offer a variety of benefits, such as memory consolidation, preparation for subsequent learning, executive functioning enhancement and a boost to emotional stability, but these effects were not observed in all cases,” the study said.

“Scientists continue to work to unravel the relationship between sleep and Dementia,” Dr Sara Imarisio, head of research at Alzheimer’s Research UK, said in a statement on Monday. “Unusual sleep patterns are common for people with Dementia but research suggests that sleep changes could be apparent long before any symptoms like memory loss start to show.

“In this study, scientists were unable to find out whether daytime napping directly affected memory and thinking, with the research merely showing a link between the two. While other studies have also indicated a link between changes in sleep quality, a larger study looking at a number of sleep-related factors, not just napping, is needed to paint a clearer picture.”

The research comes more six months after another study found a bad night’s sleep may increase your risk of a stroke. In the study, which was published in the open-access journal PLOS Biology in June last year, the researchers found that people with fragmented sleep tend to have higher numbers of inflammatory white blood cells called neutrophils, which then leads to them having higher coronary artery calcium, a measure of blocked blood vessels. The researchers said this suggests that getting a good night’s sleep may be one way to reduce inflammation and reduce the risk of atherosclerosis (blocked blood vessels), which can cause heart attacks and strokes.

Do you nap regularly?