Worth the watch? Here’s what critics are saying about ‘Downton Abbey: A New Era’ 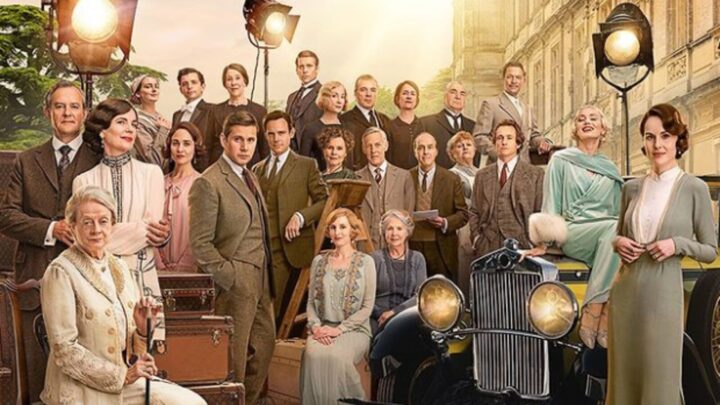 The reviews are out for 'Downton Abbey: A New Era' but there appear to be mixed feelings about the sequel. Source: Instagram @downtonabbey_official

It’s been a few years since we last immersed ourselves into the dramatically scandalous lives of the Crawley family, luckily for fans who still can’t get enough of the iconic British drama, the much anticipated cinematic return of the global phenomenon Downton Abbey: A New Era is officially showing in Australian Cinemas as of Thursday, April 28.

Downton Abbey: A New Era will see two different storylines, as the family journies to the South of France to learn more about the villa they have inherited thanks to a shocking revelation from the Dowager Countess (Dame Maggie Smith).

However, the UK has been gifted with an early release of the film with critics offering their opinions on the Crawleys’ latest adventures.

Clarisse Loughrey from the Independent UK rated the film 2/5 stars and says the “old-fashion sequel is locked into a one-way track of mild befuddlement”.

“Downton Abbey: A New Era is whatever the opposite of a French Exit might look like. Rather than a party guest slipping out quietly, it’s the bumptious visitor making their final, sluggish turn around the room,” she said.

Loughrey also said the sequel “manages to uncover even more threads, and makes neat little bows in the most languid way possible”.

Fionnuala Halligan from Screen Daily said the film’s creator, Julian Fellowes, “sucks every last teardrop from the teat of this stately home melodrama and the show’s beloved doyenne makes her exit”.

According to Halligan, the film “goes into a realm beyond comfort viewing-far, far away from its inspiration”.

“In a whizzing carousel of no war, no surprises, no peril, just 1920s frockery, Downton Abbey: A New Era delivers exactly the same as every other incarnation of Downton Abbey, with a tearjerker ending for the core fanbase,” she said.

Variety’s chief film critic Peter Debruge said that the movie takes no risks as to not “tarnish fans’ affection” and its characters are still so full of life that something “suitably dramatic” needs to happen to allow the word to make way for the new era.

However, Debruge said the film gives the audience “an affectionate group hug, which is effectively what these encore visits amount to.”

While other critics don’t appear to be as impressed with the sequel, Matthew Bilodeau from Slash Film seemed to have thoroughly enjoyed the film, giving it a score of 80/100 he said A New Era “is two hours of charming, breezy escapism that made me happy to see this ensemble learn to grow beyond the roles they’ve been given to play.”

Mama Mia‘s entertainment editor Laura Brodnik also claimed that the new movie makes you “feel like you’ve arrived home and into the arms of family” and claims it’s a must watch to see this Mother’s Day.

“The beauty of Downton Abbey: A New Era is that it offers up very two different (but equally decadent and enthralling) storylines to explore…At the same time, Downton Abbey: A New Era, never forgets its roots and is also very much a love letter to the staff of the house, who have always been the heart and soul of the show,” she wrote.

Brodnik said the new movie was made for longtime fans of the series, filled with triumphant moments and tearful heartbreaks, making it the “escape we all desperately need right now”.

All in all, Downton Abbey: A New Era sounds like the movie sequel dedicated fans won’t want to miss, newcomers to the franchise may want to play it safe and catch up on the television series before delving into this new film.

For those who have already watched the encore sequel and finished all the episodes, the new period drama The Gilded Age may easily become your next favourite show. Otherwise, there’s an abundance of shows that have just been released this April– all guaranteed to keep you entertained for hours.

Are you planning on watching the new 'Downton Abbey' movie?