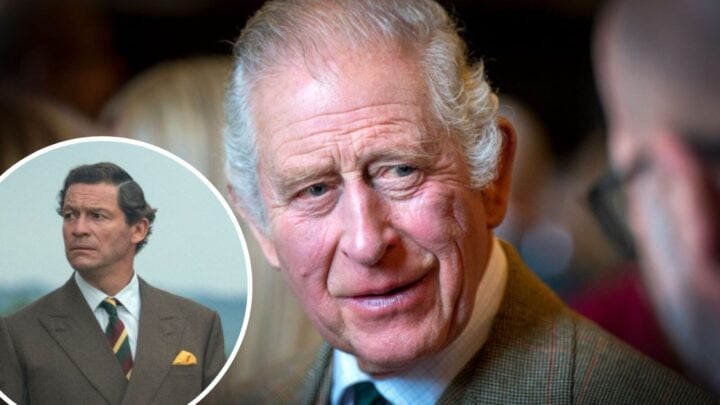 When you’ve set out to portray one of the most powerful and well-known living figures on screen, it’s fair to want to reach out to that person and ensure they don’t get cross with you.

This is exactly what English actor Dominic West had intended when he had privately written to King Charles III after he was offered the role to play the former Prince of Wales for the upcoming fifth season of The Crown.

Olivia Williams and Dominic West as Camilla and Prince Charles in The Crown Season 5#TheCrownNetflix pic.twitter.com/fNu5ICfJ5f

The 53-year-old actor, who plays Charles during the scandalous years of his marriage breakdown to Princess Diana, penned a letter to the King explaining why he had accepted the role and how he would be resigning from his ambassadorship for the Prince’s Trust –one of Charles’ charities–to avoid any conflict of interest.

The reply he received from Charles’ press secretary was surprisingly blunt and apathetic.

West told Radio Times that the King’s response was along the lines of: “You do what you like, you’re an actor, it’s nothing to do with us,” followed by a rejection of West’s resignation as ambassador for his charity.

While the King’s reply didn’t give away much in terms of how His Majesty truly feels about the show, Charles has previously insisted he is “nowhere near” his portrayal on the popular show.

Scottish politician Anas Sarwar recounted his first encounter with the senior royal to The Daily Mail, saying Charles made a quip about the show during his attendance at the opening of the Scottish Parliament last October.

“He came over and went, ‘Hello, nice to meet you all. I’m nowhere near how they portray me on Netflix,’ ” Sarwar said.

As the highly anticipated premiere of The Crown season five draws closer, Netflix has been receiving nonstop backlash regarding the upcoming season’s storyline.

The latest swipe came from Oscar-winning actress Dame Judi Dench, who wrote a seething open letter lashing out at The Crown creators for their “inaccurate and harmful account of history”.

Dench’s letter ended up becoming the final push the streaming giant needed to finally disclose that The Crown is a work of fiction.

However, a spokesperson for Netflix had previously argued that The Crown has “always been presented as a drama based on historical events”.

“Series five is a fictional dramatisation, imagining what could have happened behind closed doors during a significant decade for the Royal Family – one that has already been scrutinised and well documented by journalists, biographers and historians,” they told Montreal Gazette.

Even the show’s creator Peter Morgan has defended the storytelling aspects of the show, arguing that the critics’ allegations are simply untrue.

The Crown season 5 will be available for streaming on November 9 and will cover the tumultuous era of the 1990s, focusing on scandalous divorce proceedings between the late Princess Diana and King Charles, then Prince of Wales.