Diabetes associated with a greater risk of arthritis and osteoporosis: Study 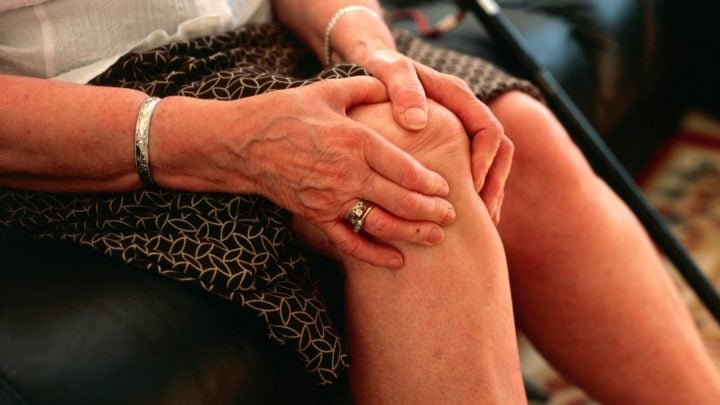 Researchers have found those living with type 2 diabetes are more likely to also be diagnosed with osteoarthritis, rheumatoid arthritis or osteoporosis. Source: Getty

More than 422 million people around the world are thought to be living with diabetes and a recent study has found the chronic condition may also be associated with an increased risk of developing osteoarthritis, rheumatoid arthritis and osteoporosis.

The study, presented at the European Association for the Study of Diabetes Annual Meeting in Berlin last year, included more than 109,000 people. The results found people with diabetes were 33 per cent more likely to suffer from osteoarthritis, compared to those without diabetes.

There was a 70 per cent higher chance of having rheumatoid arthritis and a 29 per cent higher risk of having osteoporosis. Previous research had linked higher levels of musculoskeletal pain in those with diabetes.

Researchers used data from the 2013 Danish National Health Survey to analyse the connection between diabetes and osteoarthritis, rheumatoid arthritis and osteoporosis in people over the age of 40. Of the 109,200 people included in the study, 9,238 were identified as living with diabetes.

Read more: The latest on arthritis: What we learned in 2018

As is the case with many health issues, the study found increased levels of physical activity actually decreased pain in the lower back, shoulder and neck for people with diabetes.

“It’s likely that the chronic pain experienced by people with arthritis may be a barrier to exercising, which is also a risk factor for type 2 diabetes,” researcher Stig Molsted said in a statement.

“Health care professionals should make patients with diabetes aware that regular exercise is a recognised treatment for diabetes and arthritis, and can have positive effects on both blood sugar control as well as musculoskeletal pain.”

More than 350 people worldwide are believed to be living with arthritis. Meanwhile, research published last year in the Journal of General Internal Medicine by researchers from the Duke Medical Center, found patients who received a whole-body massage once a week for two months saw significant improvements.

Researchers are now hopeful massage could be a safe and effective complement to the management of knee osteoarthritis.

“Medications are available, but many patients experience adverse side effects, raising the need for alternatives,” lead author of the study Adam Perlman said in a statement. “This study demonstrates that massage has the potential to be one such option.”

What are your thoughts on this? Are you living with diabetes and arthritis?