From dental care to the pension: What each party has promised older Australians 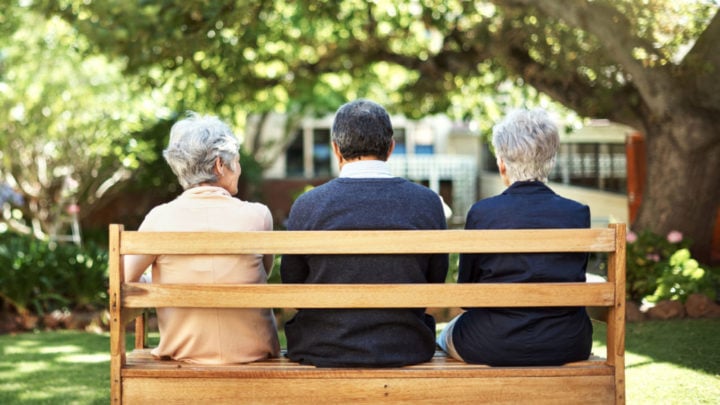 Have you decided who you will be voting for in the federal election later this month. Source: Getty.

In less than two weeks voters across the country will head to the polls to elect the next prime minister, as the heads of the major political parties ramp up their campaigns in a bid to land themselves in The Lodge.

From climate change to immigration and taxes, there is no shortage of debate surrounding the big topics, but what have the major parties promised retirees in the lead up to the election on May 18?

Labor leader Bill Shorten came under fire earlier this year when he announced his plan to scrap franking credits, which could negatively impact self-funded retirees. Meanwhile, the Liberals were slammed by advocacy groups for failing to prioritise older Australians when the federal budget was announced last month.

Here are the election policies directed at pensioners and retirees:

Read more: ‘An ageing population is an inevitability our politicians must take seriously’

The Liberal National Party has made a series of pledges to older Australians, vowing to “reward a lifetime of hard work with a long, healthy and dignified retirement”.

One way in which they have vowed to do this is by improving the flexibility of the superannuation system. As of July 2020, those aged 65 and 66 will be able to make voluntary contributions to their super, even if they do not meet the current work test requirement (to work at least 40 hours over a 30-day period in the year they want to make the contribution). This means that part-time workers, who may only work one day a week, can now contribute to a super fund.

In their election policy, the Coalition have also vowed to provide wage subsidies and training incentives for mature age workers, as well as allowing contributions to super – of up to $300,000 for eligible Australians over the age of 65 – from the proceeds of downsizing, and expanding access to self-managed super by increasing the maximum size from four to six members.

Part of the LNP’s promise to retirees also centres around putting a stop to Bill Shorten’s policies, including Labor’s “unfair” retiree tax, “unfair” housing tax and their plan to implement four new taxes on superannuation.

“Pensioners will be better off with Labor”, that’s the message on the Opposition’s official policy page, with the party vowing to “protect the pension” against the Liberal’s cuts.

Last month, the opposition announced that they will invest a whopping $2.4 billion towards a Pensioner Dental Plan, giving up to three million Australians access to free dental care, if they are elected into power.

According to Shorten, age pensioners and Commonwealth Seniors Health Card holders will be able to access $1,000 worth of dental services every two years, with a range of services – including examinations, x-rays, cleaning, fluoride treatment, fissure sealants, fillings, root canals, extractions, periodontal treatment and dentures – covered by Medicare.

Meanwhile, in his Budget reply speech recently, Bill Shorten also promised free cancer scans in a $2.3billion health pledge, which he described as “the biggest change to Medicare since it was introduced”.

Shorten told his fellow politicians at the time that the ambitious health plan would cover up to 6 million free cancer scans (including X-rays, mammograms, ultrasounds, and PET and CT scans), as well as 3 million free appointments with specialists.

However, the Labor policy which has attracted the most attention among retirees is their stance on franking credits, which has widely been dubbed the “retiree tax”.

Franking Credits also known as Imputation Credits are a type of tax credit that allows Australian Companies to pass on tax paid at the company level to shareholders. The benefits are these franking credits can be used to reduce income tax paid on dividends or potentially be received as a tax refund.

Shadow Treasurer Chris Bowen wants to scale back the tax credits allowed under dividend imputation rules. However, following an uproar, Labor then amended the policy to exempt age pensioners as part of their ‘Pensioner Guarantee’.

While the focus may usually be on Pauline Hanson’s policies concerning immigration, One Nation do have a policy geared directly towards pensioners.

The party’s proposal is to increase the Age Pension, with One Nation vowing to raise the sum paid to couples every fortnight by $150, with a flow through to the single aged pension and the disability support pension, the carer payment and service pensions.

According to One Nation’s website, the proposal would cost around $10 billion per year and would be funded through “reform of gas tax law and by moving multinational companies progressively out of the corporate tax system and placing them in a new transaction based system”.

Clive Palmer’s United Australia Party has also vowed to raise the pension, pledging to increase the current sum by a huge $150 per week.

In a policy video shared by Palmer, the Aussie billionaire describes the Age Pension as “ridiculous”.

Do you know who you’re voting for in the election? Do you read the policies before making your decision?