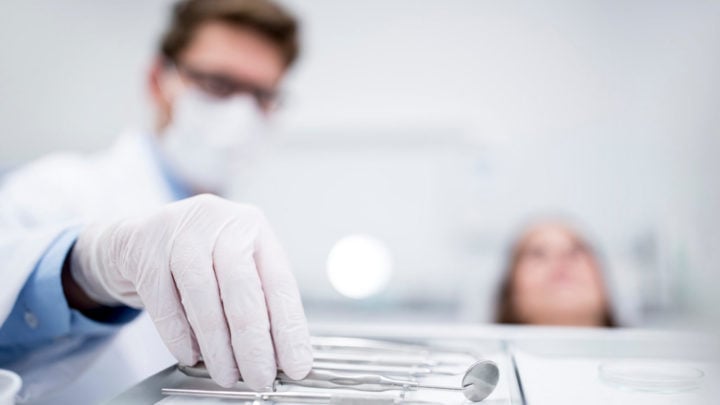 Labor has promised free dental care to pensioners should they win they upcoming election. Source: Getty

Aussie seniors could soon say goodbye to pricey dental bills as the Labor party has promised to fund free treatment for pensioners should they steal power from the Coalition at the upcoming federal election.

The Labor government has claimed it will invest a whopping $2.4 billion towards a Pensioner Dental Plan which would give up to three million Australians free dental.

According to the opposition, poor oral health will no longer be a problem for older Aussies with age pensioners and Commonwealth Seniors Health Card holders able to access $1,000 worth of dental services every two years.

As part of the plan, a range of services including examinations, x-rays, cleaning, fluoride treatment, fissure sealants, fillings, root canals, extractions, periodontal treatment and dentures, would be covered by Medicare.

This is expected to minimise the occurrence of moderate and severe gum disease among Australians aged over 65. Labor has claimed it will work with dentists across the country to roll out the scheme, as well as the Aboriginal Medical Services.

Leading charities and organisations have commended the party on its announcement with Australia’s leading seniors advocacy body COTA Australia claiming it has been a long time coming.

Speaking about the plan Chief Executive Ian Yates said investing in proper oral and dental care for older Australians is an important preventative health measure that the other parties should also focus on.

“Adequate oral and dental health is a huge gap in our health care system for older Australians, with devastating consequences for those who aren’t getting the treatment they need because they can’t afford it,” he explained.

“This is potentially a life changing announcement for many older Australians – a good announcement by Labor – and I now look forward to similar commitments from the Government before the election.”

The Benevolent Society, which also supports older Australians, echoed COTA’s views, claiming they are pleased to hear a step is being taken forward to help Aussies cope with pricey dental treatments.

Executive Director Kirsty Nowlan said they have been working hard to address the issue through their Fix Pension Poverty Campaign and are happy action is now being taken.

“Bill Shorten’s announcement of up to $1,000 worth of dental services every two years for people in receipt of the Age Pension and Commonwealth Seniors Health Care Card holders is a huge step towards the ultimate goal of universal affordable dental care as part of the Medicare system, and it is line with the plan we’ve put forward through The Benevolent Society’s long-term Fix Pension Poverty campaign.” she explained.

“But the election is still to be decided and we’ve learnt that major reforms like this don’t stick without cross-party support. Scott Morrison, our call to you is to back the Pensioner Dental Scheme and show your Party’s credentials in caring for older Australians.”

However Paul Versteege, Policy Manager at the Combined Pensioners and Superannuants Association, told 2GB that the waiting lists in the public sector are the real problem.

“[The money] will certainly help, it won’t be enough,” he said on Monday. “The public dentistry programs in Australia are in a real mess so $2.4 billion sounds like a lot of money but it’s not going to fix the horrendous waiting lists.”

What are your thoughts on Labor’s Pensioner Dental Plan? Have you struggled to pay for dental treatment in the past?