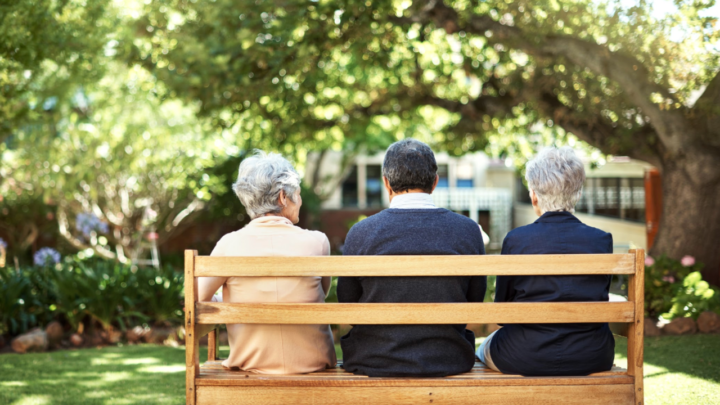 Seniors advocacy groups have called out the government for failing to impress older voters with the federal budget for the coming year. Source: Getty.

With a budget surplus of $7.1 billion to announce along with tax cuts for millions of Aussies, Treasurer Josh Frydenberg proudly declared that the country was “back in the black and back on track” on Tuesday night.

However, despite the promise of additional funding in the areas of health and aged care and a one-off energy supplement, seniors advocacy groups have called out the government for failing to impress older voters with the federal budget for the coming year.

National Seniors described Frydenberg’s offering as “disappointing”, particularly for those in receipt of the Age Pension, after the independent advocacy group, along with others, delivered a budget submission to the government in advance of the televised announcement.

“One third of all Australian voters are aged 60 and over, and this budget was a missed opportunity to address the key issues confronting them,”Chief Advocate Ian Henschke said.

“Our budget priorities stem directly from what older Australians tell us matters to them.”

Henschke added that Australians wanted to see a fair-go for pensioners, with National Seniors recommending measures such as the establishment of an independent tribunal to set the pension rate, increased assistance for renters and expanded dental care, to help older people out of poverty.

Some elements of last night’s budget were met with praise though, including the “welcome” one-off Energy Assistance payment of $75 for singles and $125 for couples to help with rising power prices.

National Seniors also welcomed the government’s recognition that home care packages were a priority for older Australians, however they called for more to be done to address the current waiting list of 128,000 people.

#Budget2019 has four major problems, according to Ian Yates AM from The Council on the Ageing;
– No more home care packages
– Newstart not increased
– Nothing on dental health for older Australians
– No retirement income review@TheAusInstitute #auspol pic.twitter.com/T0kXYQXQiX

The Council on the Ageing (COTA) also submitted a position statement to the government and, while some elements of Frydenberg’s announcement were praised by CEO Ian Yates, he called out other areas where he believes seniors were overlooked.

Speaking from Canberra on Tuesday evening, immediately after the budget, he said: “We need a more integrated, robust and better resourced strategy to ensure government remains focused on the opportunities of Australia’s ageing population.

“Greater action is needed today on policy initiatives for older Australians to mitigate the $36 billion cost to the Budget balance as a result of an ageing population and create positive opportunities.

“There are some good measures in this Budget but there are gaping holes  – major initiatives missing in action.”

Key areas identified by COTA as “gaping holes” in the budget included the decision not to implement a dental health program for older people and lack of a comprehensive review into retirement incomes.

The Newstart allowance also remained static, despite repeated calls for the unemployment payment to be increased by $75, with COTA describing the move as “just not enough to survive”, particularly for older workers who are facing “chronic age discrimination” in the workforce.

Read more: ‘They don’t get it’: Calls for seniors to be prioritised in federal budget

Overall, Frydenberg described the budget as one which will build a stronger economy, by delivering lower taxes, guaranteeing essential services and delivering more jobs.

However Leader of the Opposition Bill Shorten descried it as “an election con, filled with same Liberal cuts”.

What are your thoughts on the budget announced last night by Treasurer Josh Frydenberg? Do you think the Coalition could have done more to benefit older Australians?