The generation that will guarantee you 25 years of business 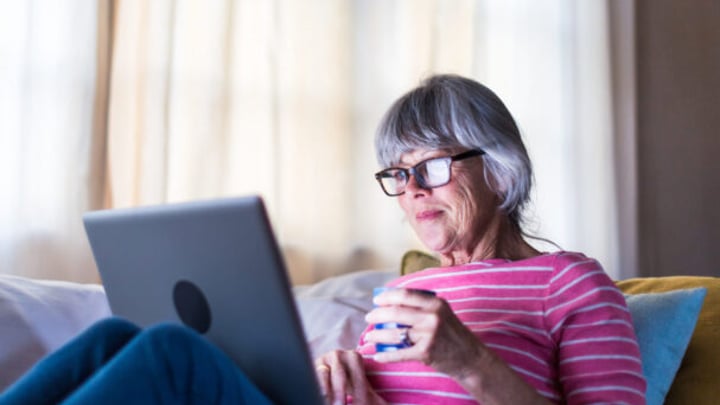 You and I and the rest of the current working population will see the next 25 years of our career, whether we like it or not, serving the largest wave of population growth among older generations in history. So we may as well embrace it, support it and serve it. Our cities and governments will be overwhelmed by it, our taxes will pay for it and our business opportunities will be empowered by it.

Are you ready to consider how it will change your marketing and consumer connections? It’s not going away, nor is it possible to ignore.

Approximately 27% of Australians are over the age of 60, but this is a small share of the population when compared with the US, which will enjoy 35% of their population aged 60 and over in just one years’ time. Australia’s wave of ageing started back in 2011, when the first of the Baby Boomers, born in 1946, turned 65 and entered their official ‘retirement years’. It was the beginning of a 35-year cycle.

Ageing populations will be with us for two and a half decades. So what do you need to know about them, if you are thinking of changing your business to better serve them?

The ageing population is not one homogenous group

When you turn 60 or 65, you don’t suddenly sprout grey hair and a rabid desire to play bingo and sit around watching TV. In fact, quite the opposite. This emerging generation of Baby Boomers is the most diverse group you can imagine and more active than ever before. They are the richest population in history, and yet the females in this cohort are also the poorest in history.

Whilst everyone in advertising is talking about the millennial, which is stagnating in market size for the next 25 years, you might like to consider the life stages of a Baby Boomer and their critical milestones and purchasing windows as the true growth market. When does your business benefit from engaging with them? Before retirement? During early retirement? Or perhaps later in their retirement? Maybe you should properly plan for it.

There are many ways to segment this audience, especially now digital media is underpinned by real time data. (If you want some ways – ask us about our Boomer Guide.)

This generation has spent their lives ‘changing the world’. They invented rock and roll, found their way through terrible recessions, drove the sexual revolution, the housing bubble, changed the way women dressed forever, invented the internet (remember ADSL?) and watched as the world got smaller and travel cheaper and more accessible.

They got conservative for a while, while they raised their children and survived the recessions of the 80s, 90s and 00s, but in their retirement, their good old risk-taking passion is back. It’s their turn again, and they’re bringing demand for life like you’ve never seen.

I dare you to watch while they change the definition of retirement completely.

Unlike younger generations, the Baby Boomer asks questions before choosing their purchases, and enquires about what is ‘best for them’. They’re not as easily lured with bright colours and sparkly things that they show off on social media, instead choosing to buy because they have planned, thought through and want the item or service, for their own happiness.

That doesn’t mean they can’t be frivolous – it just means they choose to be frivolous instead of being fooled into it with interest-free billboards and short-term happiness promises. My father tells me proudly about getting ‘upsold’ by his Holden dealer to a top-of-the-range V8 station wagon. He loves the fact that he has all the trimmings he’ll never need. And he never posted it on Facebook.

Up to 50% use the internet very regularly, and this will only increase, quickly

Australia has 2.6 million monthly active users over the age of 60 on social media out of a population of 5.3 million people. Not bad! I’m pleased to say we see more than 30% of these as visitors each month on the Starts at 60 network. The US has 36 million out of a possible 65 million people. Pretty exciting when you consider it.

This generation is gradually adopting similar research processes to younger generations, often ‘googling’ or looking up your business online well before they contact you for services or products.

As the population increases in this segment, so does the internet-using population. It’s a fact: retirement has arrived on the internet.

They use social media differently and for different purposes.

For more than seven years, the over-55s have been the fastest-growing group adopting social media. And social media is bringing this generation into a new phase. But the behaviour seen on social media is different to younger generations. It is frankly, more social, more active and more honest.

These people, perhaps they are similar to your parents – use social to tell you what they really think, without the gloss or the fakeness younger generations have devolved to. And they don’t always consider the viral consequences of posting on your profile, with many a little less aware of the mechanics of algorithms and sharing. Social media fills a gap in their life that is not associated with vanity. Instead, it is often the social gap created in a busy-ing society.

Their media consumption behaviours are changing fast and they’re the last ones to leave. Please shut the door on the way out.

I knew the writing was on the wall five years ago when my then 68-year-old dad, the former head of the Newsagent’s Federation, stopped buying the newspaper daily, shifting to using an iPad and free digital media. He was the most loyal newspaper reader I can imagine for his entire life, and he stopped having it delivered. It was the day I knew the shift was terminal.

At about the same time, my parents started changing their TV viewing too: they began using iView online; watching Foxtel on their tablets in bed, side by side; and eventually, getting their own Netflix subscription, now they have Stan, Binge and Amazon too. This generation values content, enjoys media and consumes readily if you actually prepare content for them – many don’t bother.

But they hate the Kardashians, vilely detest funeral insurance advertising and don’t want to be treated like they’re old, so they won’t consume media that treats them this way.

You don’t need to need to speak directly to them but you might very well want to!

For a long time, marketers used to say to me, “I don’t need to market explicitly to older generations in my business … if I run a TV ad that speaks to millennials, I get the Baby Boomer anyway, free”. Funny how things have changed in five years since I started talking to marketers. Now, if you look through a newspaper, or watch prime time TV, you’ll see the actors on the advertising have increased by more than 15 years, and often look closer to 50. There aren’t that many millennials left watching terrestrial TV (shhh – don’t tell the advertisers).

They’re ageing but they’re not old

Bernard Salt wrote in an article in the Australian in August 2018, “the problem is that old age has had bad PR for decades; after all, old age ultimately leads to death. Yet the perception need not be like this. Retirement and ageing can be seen as the best time in life, especially if services are fairly funded and if community attitudes encourage tolerance rather than judgment.”

I’m in thorough agreement with him. And I firmly believe the retiring generation of today is going to change the perception of ageing forever. You don’t have to believe me. Just watch.

Will your business be positioned to benefit?

About the author: Rebecca is Australia’s #1 Baby Boomer influencer. A marketer, writer and entrepreneur with decades of experience in making things happen, she has worked tirelessly and faithfully for the over-60s community since founding Starts at 60 nine years ago.