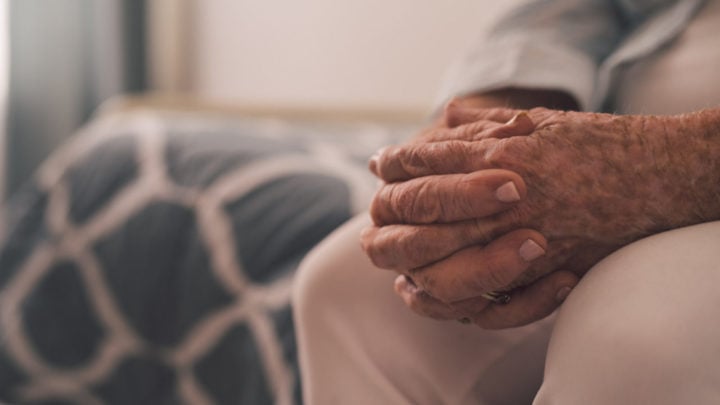 These tech devices will help keep your elderly loved ones safe. Source: Getty

With the outbreak of coronavirus and subsequent restrictions on visiting older people — whether at home or in an aged care facility — you might be feeling a bit concerned about the wellbeing of your elderly parents, now that you’re not able to see them as often as usual.

At the moment, only a select number of people are allowed to visit residents at once, and if you’re feeling sick, you’re not allowed to enter.

Hoping to ease the stress of the situation, Checked In Care has re-configured its Connect App platform to provide a free Covid-19 app for aged care facilities. The app gives families the opportunity to stay updated on their loved one’s health and wellbeing via video calling and you can choose to get daily updates from the aged care facility and send through photos to your loved one to help maintain that connection. It can be easily downloaded from the Google Play or Apple App Store.

Thanks to modern technology, there are plenty of companies on the market who have developed products to promote healthy ageing. For instance, eHomeCare has a selection of ageing-in-place products available, including a voice panic detector which can be useful in the evnt of a fall when a phone is not in reach.

Unlike panic buttons, the voice panic detector doesn’t need to be nearby or on-hand – instead it will pick up on words of distress and automatically call 000. Don’t worry, though, the ambulance won’t turn up every time you slam your finger in a door! The detector is set up to recognise only certain phrases.

Other devices include a smart fall detection system which is designed to be worn around the neck and can be connected to several phones in order to alert you if your parent has a fall.

There are also voice-controlled devices such as Google Home and Amazon Echo that can be used in combination with a smartphone or tablet to operate smart home appliances to, for example, play music or the TV, open and close curtains, control the heating and turn lights on and off.

The Find-me Watch is designed for people with dementia and is effectively a personal alarm system that allows the wearer to continue living in their home and moving about the community, while giving their family the peace of mind of knowing their location and that they have access to assistance when needed.

Motion-sensitive lighting does exactly what the name suggests — picks up on a person’s movements and activating the lights. Though it sounds simple, these lights can help prevent falls in the home that could occur when people get up during the night to go to the bathroom.

Have your loved ones used any of these devices before? How have they helped?