How to avoid the 5 biggest retirement planning mistakes 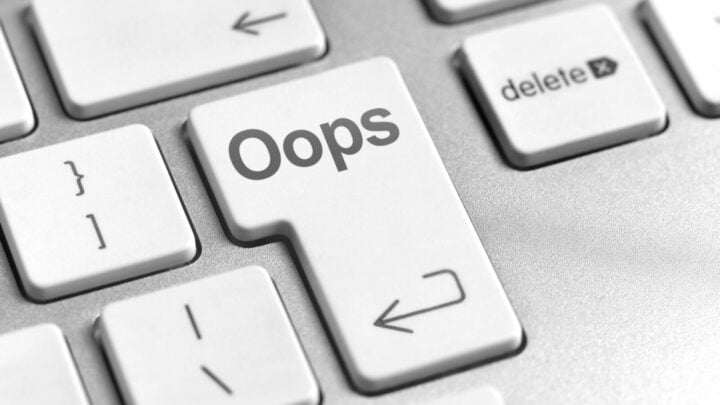 The journey to retirement is a tricky one as you try to find a balance between having sufficient funds saved up to sustain what’s likely to be a long period without a salary and ensuring you actually enjoy the new journey after years of employment.

Mistakes are bound to happen somewhere along the path, with unexpected bills throwing a spanner in the works and readjusting what had seemed like a well-thought out plan. But there are ways to you avoid the biggest of mistakes typically made by retirees.

The thought of a new adventure on the horizon can be exciting and you may want to jump into retirement as early as possible but doing so without thinking through your finances can cause problems.

Although there isn’t an official retirement age in Australia, Aussies tend to give up work for good in their mid-to-late 60s, and while your superannuation and bank balance may appear pretty healthy at this point, unexpected costs can quickly change that situation.

Gabrielle Parle, a finance and financial planning lecturer at the University of the Sunshine Coast, advises pre-retirees to take a glass-half-empty approach to deciding whether you can afford to retire. “Imagine and plan for a worst-case scenario,” she says. “It’s probability is [low] but the effect could be catastrophic.”

2. Helping your kids too much

When you were leaving home, there was likely little chance of your parents handing out cash to support your independent life, but nowadays the Bank of Mum and Dad is well and truly open for business. Whether you’re contributing to your kids’ rent, buying them groceries to help them save or helping them cover debt repayments, it all adds up.

According to Parle, retirees often find themselves in money trouble because they gifted so much to their children over the years, without realising the true cost to themselves. For that reason, she says it’s important to document exactly how much you give your children and checking that sum regularly.

“Ask a trusted third-party friend, who is proficient in Excel, to show some simple calculations about the extra amount of money mum and dad would have if they did not give the kids a loan,” she suggests. “Ask the kids if they would be willing to reciprocate and financially support mum and dad were the funds to run out or show how the kids would potentially have more money in the future through the estate if mum and dad did not provide the loan.”

You may have big plans for retirement, with overseas trips and perhaps a move closer to the kids and grandkids among them, but retirees often underestimate just how much of their funds will be spent on everyday necessities and unexpected costs – and that means they miss out on fulfilling their big plans.

Parle said this is a common problem simply due to a lack of knowledge on how to calculate future costs and because most people simply don’t like thinking about the end of life.

“What often ensues is a dangerous cocktail of irrational optimism or fear, emotion, lack of knowledge and understanding and denial of nasty stuff, such as our impending death to which retirement ultimately leads,” she explains.

Parle advises asking yourself some basic questions. such as ‘how much money do we need per year in retirement’, ‘how long are we likely to live for?’, ‘how much interest can we earn on the money we have not yet spent?’ and ‘do we qualify for the Age Pension?’.

Consider where you’ll live and if you’ll have your home paid for outright by the time retire, she adds. Starts at 60 has plenty of information on budgeting retirement – you can get started by reading here.

“Economically, retirement favours those who own their own home, either apartment or house,” Parle says. “But for those of us who will never own our own homes outright, better alternatives to the harsh private rental market may emerge. For example, I know of some women who are organising to live in a share house in retirement.”

4. Relying on the Age Pension

Though the pension is a great support for many older Australians, living on the pension alone requires the ability to keep to a pretty strict budget because at the October 2019 rate it adds up to just $24,268.20 a year for a single person and $36,528 for a couple. That’s well below the $27,814 for singles and $40,054 for a couple the Association of Superannuation Funds of Australia calculates is needed to support a modest retirement lifestyle. A comfortable retirement requires $43,601 a year for singles and $61,522 for couples.

If you’re concerned you will find it difficult to live within the budgetary confines of the pension, Parle suggests that if your health allows, you could consider extending your working life by a year or so to build up your savings and super balance.

“Even one of two years delay could have a substantial effect on the retirement funds you can accrue,” she says. “For example, 10 per cent per year earned on a nest egg of $200,000 equals an extra $20,000 per year. Therefore, someone who delayed retirement for two years would have an extra $40,000 to spend in retirement.”

You no doubt heard it time and time again from your parents as young adults and now from financial experts, that setting goals for the future is essential – and that goes for retirement as much as every other life stage.

So before bidding farewell to your colleagues, Parle recommends planning as much as possible for how you wish to spend your retirement (not just your finances but how and where you’d like to spend your days) and knowing that at any time things could change.

“It’s absolutely crucial to set goals before retirement and having made some calculations, to be able to update the forecasts when conditions change,” she says.

Did you make any retirement planning mistakes? What advice would you share with someone currently planning their retirement?